This morning was crazy house overhaul cleaning.  It’s been such a disaster for most of the year as it has been a combination of construction debris and Paul’s boxes since he moved in.  We’ve had no space for anything.

By noon the house was really looking good.  The living room, kitchen, bar… all clear for the first time in forever.  Some pictures have been hung that have been waiting for months on the bar.

The caulk has dried in the second bathroom, so while the room is not fully done, it is now fully operational for the first time in many months.  Both the toilet as well as the shower are now working! 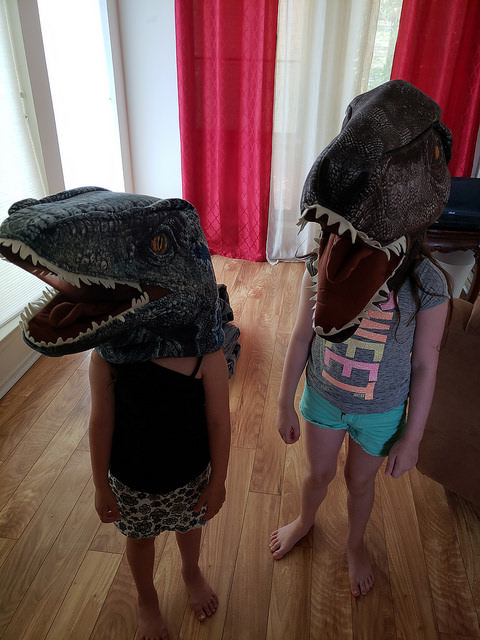 It was a mad rush to get the house all ready because the Newcombs were coming to visit and are staying for a few days.  They have been down hear Houston and are stopping here for a bit on their way heading back up to Cuba, Missouri.

The house was looking pretty good by the time that they arrived early in the afternoon.  The air mattress is blown up in the living room and Liesl, Luciana, and Emily will be camping out there.  They will love that.

The big topic for the under ten crowd this week is slime.  Yup, slime.  Luciana and Emily especially are obsessed with it.  Liesl is interested, but not to the same level.  Luciana and I have already done several slime experiments at home (and Liesl did as well, months ago, but Luciana’s were just a few days ago) and Emily, it turns out, is a slime master and travels with tubs of the stuff, in all kinds of consistencies and colours, and knows how to mix for any occasion.  So she is teaching the girls how to do everything with slime at home. 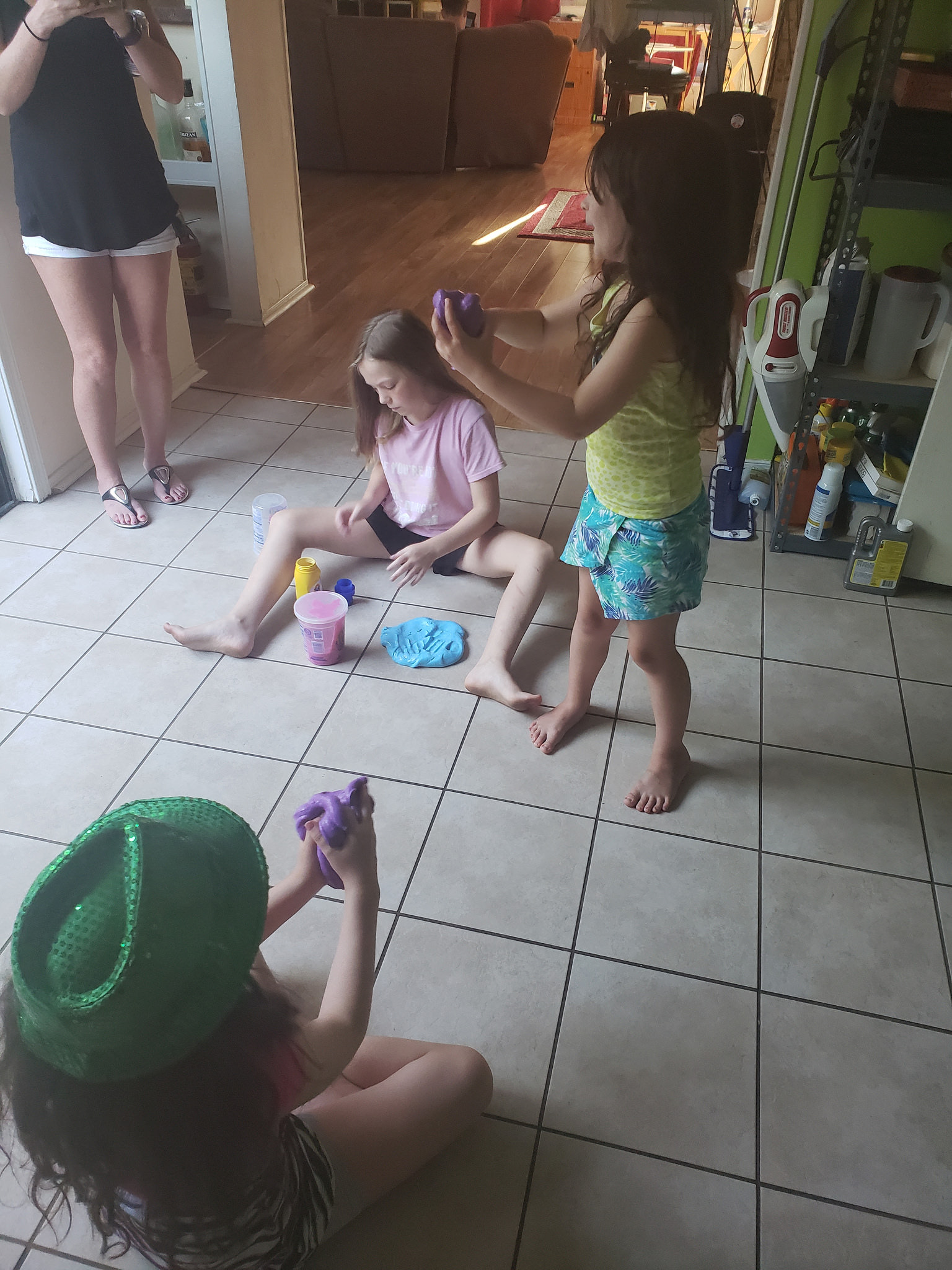 We had to enforce a strict “slime only in the kitchen” policy to keep it from making its way onto rugs and things.

We hung out with the Newcombs all afternoon.  Both in the back yard and out in the atrium.

Since we have a babysitter for this evening, we all went out to a club to go dancing this evening.  It was nice to have an all adults’ night out for a change.  We don’t normally get so many people, especially without most of them being in their twenties. 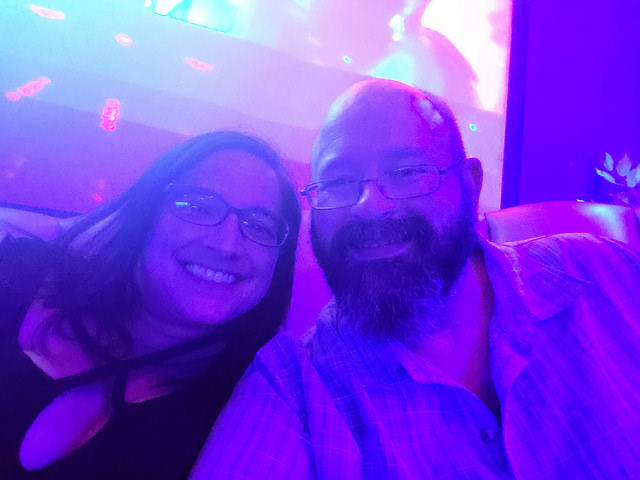 We are adorable when we go out.

It was a late night, but not super ultra late like we had been expecting.  We were probably back home not long after one.  The kids were all fast asleep, and soon, so were we.