Monday morning.  My day seemed to turn into a day of meetings.  I was on the phone for a large portion of the morning.  Kept me very busy.  A bit kick off to my work week.  And tomorrow I am already due to be out of the office for most of the day with Paul and I heading downtown Dallas for a morning meeting.

MangoLassi was super busy today, too.  Lots of traffic, lots of posting.  I was trying to keep up, which is actually relatively conducive to being in phone meetings since I can’t do normal work, but a little posting keeps me on my toes.

This morning Dominica took Luciana to America’s Best to pick up her new glasses.  She now has two pairs of normal, every day glasses to wear for regular activities.  They are so adorable, and she loves them.  She loves both that they are so cute, and she loves that she is able to see. 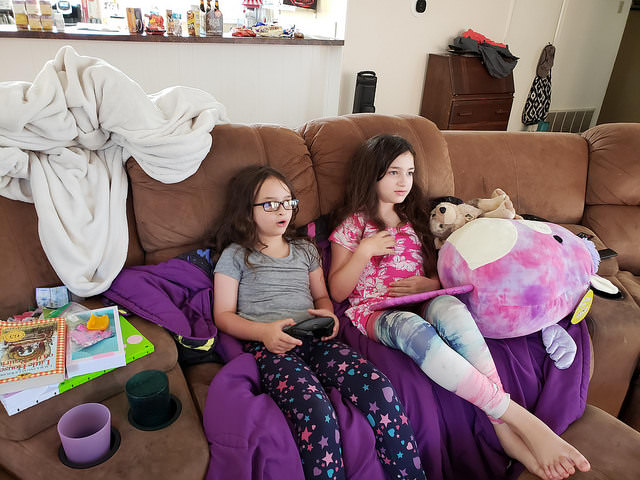 When I was Ciana’s age, I hated how my glasses looked, and I wasn’t all that excited about how much more I could see.  Although I can still remember being seven and mom driving me home from the eye doctor in Geneseo, New York and seeing the trees on the far side of the fields in the flats down on Route 63 and being amazed that I could see the trees so far away.

Since Paul and I have the meeting tomorrow, I need a suit and I don’t have any shoes that fit me.  I wear a size fourteen, now, and my last dress shoes were from many years ago and were more like an eleven.  They are so small that I am in a lot of pain just trying to get my feet into them.  So new shoes were an emergency.

Paul and I ran out to Nordstrom Rack and it took no more than five minutes to try on several pairs of shoes, and to find something that I liked and that was pretty cheap (for dress shoes.)  Black, simple, functional.  That’s all that I needed.  We were in and out and I am ready for tomorrow.

I had tried on my black suit tonight and it fits.  I have only used the suit once before, I believe.  This is the black suit that I got in 2013, during the summer, for doing my interviewing with the hedge funds in Connecticut.  So over five years ago!  I was only thirty seven the last time that I wore this suit, back when I was still working a normal financier job in Dallas and looking for a change!  Mind boggling how the time flies, and amazing that we still have the suit and that it still fits.

Dinner tonight for me was spaghetti squash in oil and garlic, and a side of broccoli.  A very healthy dinner.  During dinner we got through an episode of Star Trek: Voyager.

I offered the girls a chance to go out for Froyo and Liesl was excited to go and Luciana wanted to stay home and play with Clara online.  So Liesl and I made it just the two of us and went to Yorgurtti.  We had a very nice time. 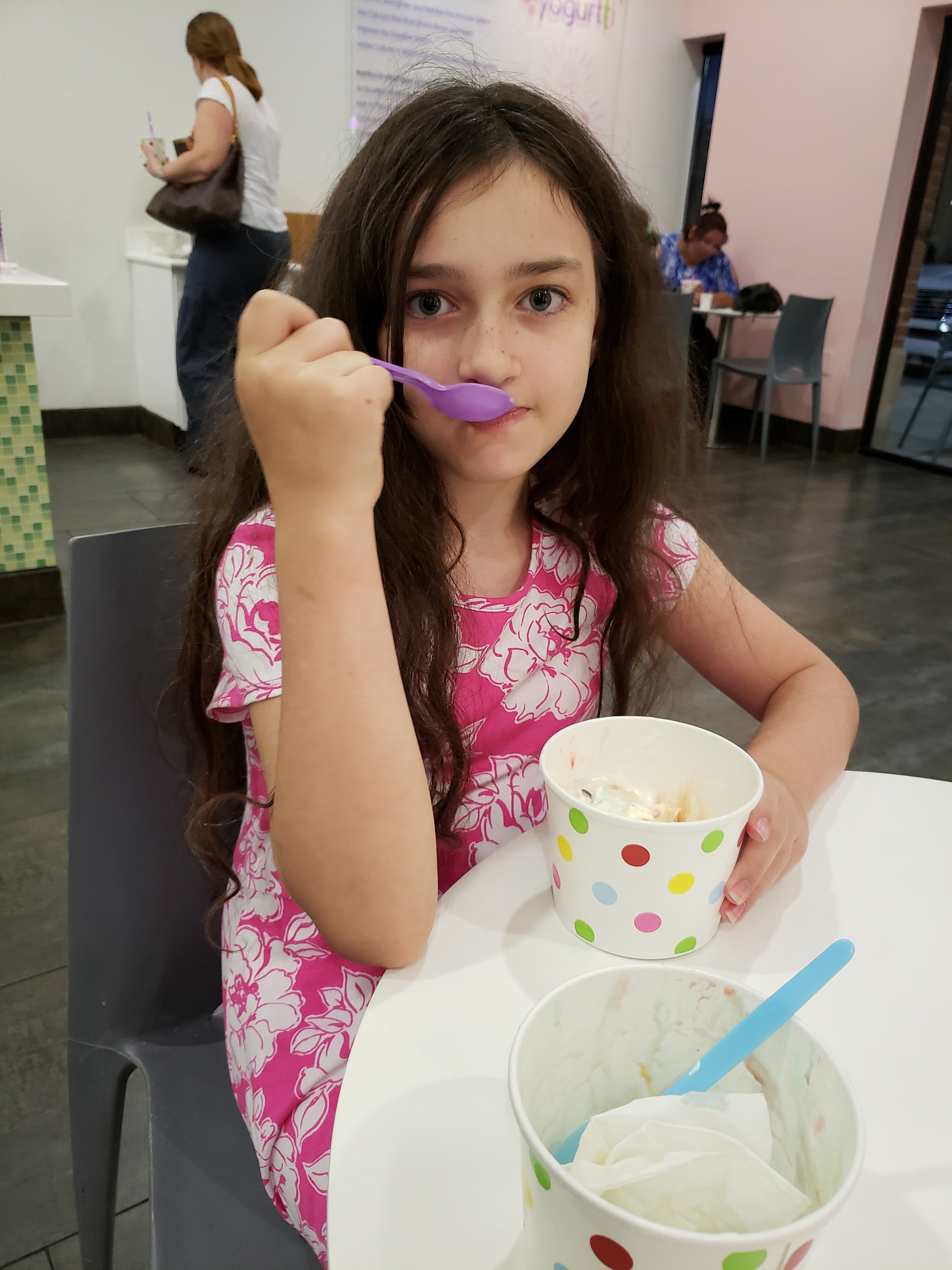 Liesl went for cake batter again.  And, of course, I had to get cotton candy.  I keep it simple: cotton candy with mini M&Ms in it.

On the way back from yoghurt, we stopped at Sonic and ordered ice cream for Dominica and Paul.  This ended up taking forever.  No idea why but we sat for a good ten minutes, even though the place was empty save but for one car.  Then other people arrived, ordered, got their food, and left; all while we were sitting there just trying to order.  It was at least three times longer than the longest that I have ever waited at a Sonic, and was easily one of the slowest Sonic stores ever, too.  Hardly anyone was there getting food.  At least twice, we were the only car!

I managed to watch some Deep Space Nine.  Technically I was watching it, but Dominica was puttering about the room much of the time so sort of watched it with me and at some point actually watched it with me.  Only half a season left before I have completed the entire show.

Liesl started watching Liberty’s Kids tonight.  She loves cartoons and Dominica got this for her years ago but I don’t think that she ever watched it.  Liesl certainly can’t remember having watched it, at least.  So she watched that for a few hours tonight.  We really want her to watch that so that she gets a feel for colonial America because she needs that background to be able to understand the context of The Witch of Blackbird Pond which she is reading.

The girls and I read chapter four in Harry Potter and the Chamber of Secrets before I got them off to bed.  Then I read some of East of Eden and fell asleep myself.  That book will definitely put you to sleep very quickly.  At least as an adult I can appreciate Steinbeck’s writing far better.  When I was really young and decided to read grandma’s ancient copy of The Grapes of Wrath it was so slow, and dry, and seemed to just wander without any direction.  Now, I think, I’d appreciate it far more.

Just saying that, I can picture finding that old novel, along with a copy of 1984, on the little book shelf in grandma’s front bedroom, the one that had been my Aunt Sharon’s room when I was really young, before she got married and moved to Leicester, and her letting me have them.  And the feel of those old 1960s to 1970s novel pages, and the musty smell that all of the books at grandma’s house had.  I don’t even have the book in front of me, but it’s as clear as can be in my hands and I can’t be more than twelve years old, so a full thirty years ago, finding these classics of American literature that no one but me in the family would ever have an interest to read (and to this day, still no one reads them but me)  and asking to have them and working to read this very difficult material.  I haven’t pictured that front room in years, decades maybe.  I can’t remember the last time I was in that house, let alone that room.  It was the house she got when I was little, just two doors down from us on Peoria Road.  I got so much of my reading from her, which I never really realized till I was older.