It’s Friday!  And today was not to bad at work.  The day started off well.  I was able to wake up on my own, and no fires at work to deal with.  It was nice.  I was able to just work like normal for a change.

This morning, Dominica got the new Lego Hogwart’s Castle set with more than six thousand pieces.  It is a huge Lego set, the biggest that I have ever seen.  She is so excited.  She has been talking about it for a long time and it is what she wanted for Christmas, but prices will skyrocket close to the holidays as it sells out and people start buying them just to resell online.  So Paul decided to get it for her and give it to her early.  So that was first thing this morning and Dominica and the kids spent the entire morning trying to get started on it.  It is mammoth.

The Lego set comes with several fully bound books to help you put it together.  It’s insane.  And this matches several other Lego Harry Potter sets that Dominica has.  She has amassed white the Harry Potter Lego collection.  No idea where she is going to be able to store this thing once it is all assembled.

Had to shower at eleven and get out the door before noon so that Luciana and I could get our eyes examined.  We went to America’s Best which is just one block away on Trinity, so easy.  We did our exams together.  Luciana was pretty nervous, but she did great. 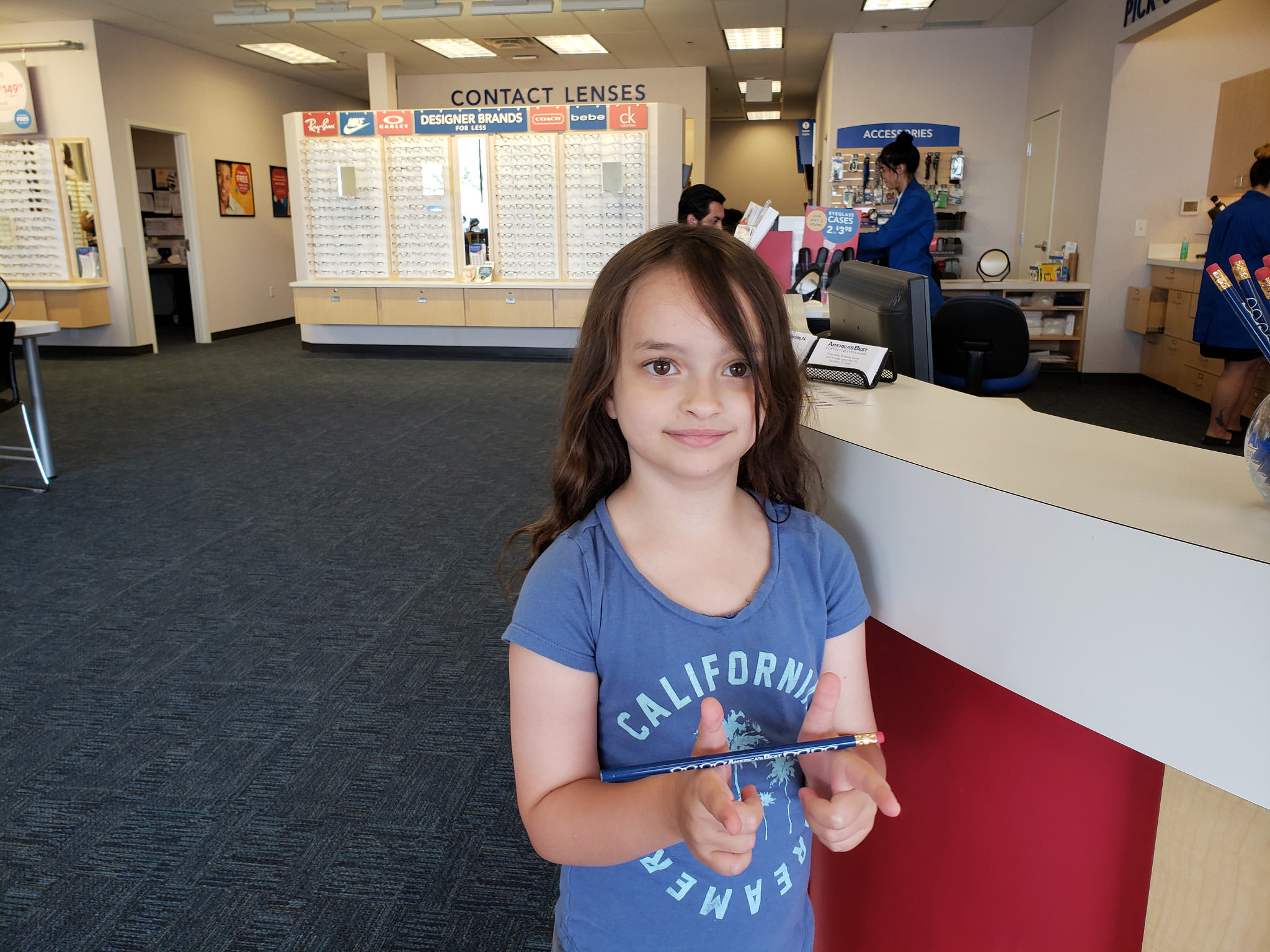 Luciana is definitely near sighted, like her parents.  And she has a tiny astigmatism like Dominica.  Luciana has around a -2.  Mine is pretty stable at a -3.75.  We both skipped the glaucoma tests, I just can’t do that and Luciana would never get her eyes examined if she had to do that.  They said that they don’t do those for kids under 13, though, so it was not a problem.  If only they had not done that to me when I was seven, I would not have hated getting glasses so much myself.

Luciana had great fun picking out glasses.  She spent a lot of time trying different ones on while we were waiting.  She doesn’t want to have to wear glasses in public, though, but the doctor told her that she needs to be wearing them all of the time.  She is not happy about that. 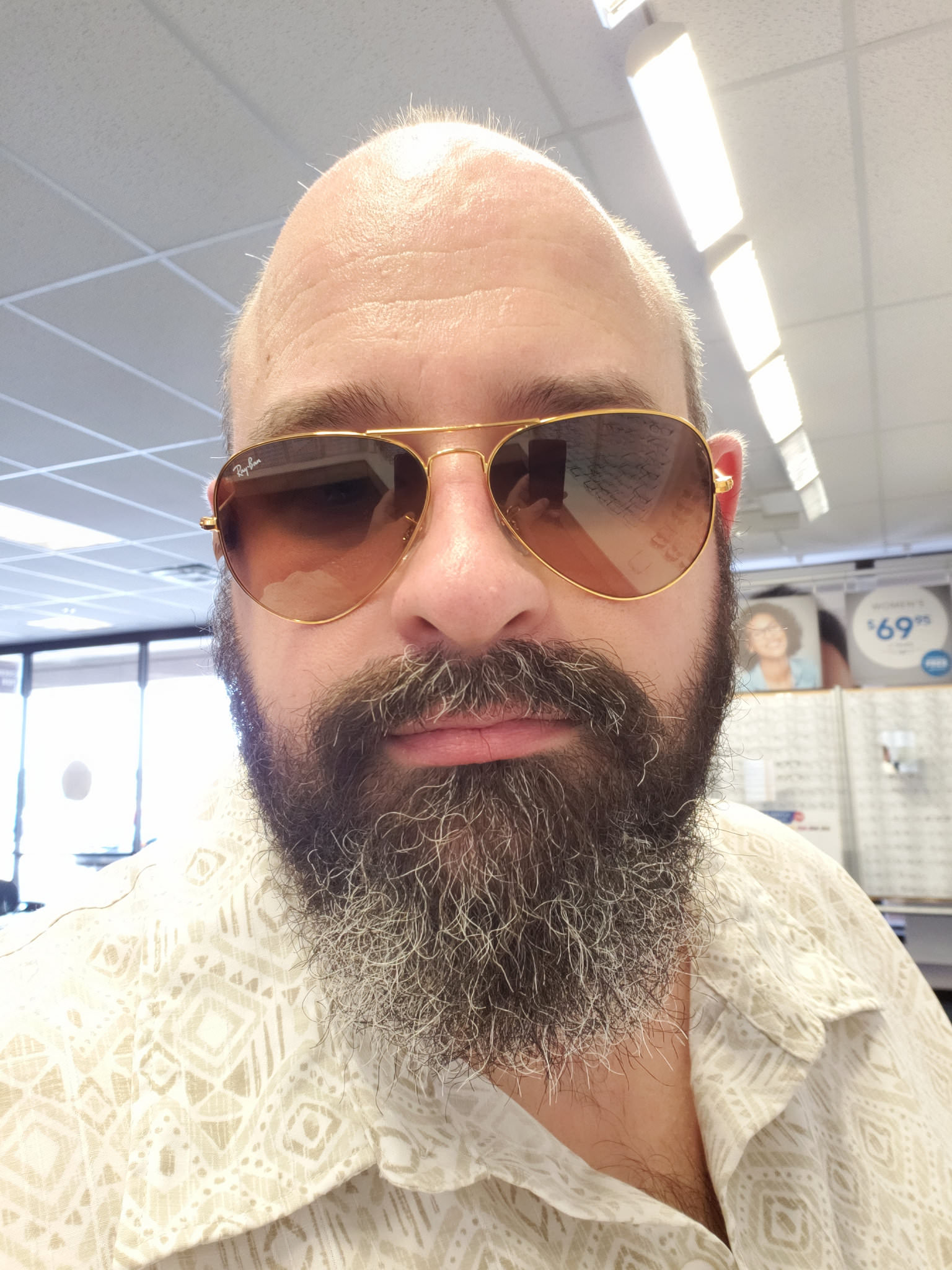 Overall, I think that Luciana had a fun time.  It’s not like a normal doctor where things might hurt.  And she got to go out and do something, just her, with Dominica and me.  She had lots of time to just run around the empty spaces and seemed very happy.

After the eye exams, we stopped by Taco Bueno, which is roughly on the way home if we avoid troublesome left hand turns, and got lunch.  This is our first time ever going there and I have to say the store we went to was really nice and the food was amazingly good.  The selection for us as vegetarians is limited, just bean burritos, black bean burritos, and cheese quesadillas, but we got all three and everyone loved their food.  I had the regular bean burritos and they were amazing.  The store is right on our block, it is so close.  I can’t believe that we have never eaten there before now.

This afternoon, storms returned, like yesterday.  Yesterday we lost power twice, once for a good ten minutes or more.  Nice to have it be much cooler out, and to get some rain.  We’ve been dry for a bit now.

Luciana did her math workbook with me in the office.  She is excited because she finished her workbook today.  She and I have to go out for reward frozen yoghurt this weekend because she earned it from doing so much reading recently.

I ended up having a meeting with Saul at Bombones this evening.  I had to leave right after work to get there, as it is only twenty five minutes away, except with Dallas traffic in the rain it is over an hour, even using the highway.  I have never lived anywhere that is so crippled by wet driving.

We tried to get there by six thirty, but it was more like seven when we both finally arrived.  We had a good meeting and shared some Pacifico, my favourite beer.  We made some good plans, made good progress.  And we have a meeting with a client set up for noon tomorrow.  We couldn’t stay for long, he has to get home to his wife and daughter.  Catalina is only seven months old.

On the way home I managed to find a gas station that had air for the tires as they needed to be topped up after the hot summer.  All the tires were just mildly soft.  I had tried two gas stations, with no luck, on the way to the bar.  What a pain.  It was raining, so I was soaked after filling up the tires.

I also stopped and got some late night burritos from Taco Bueno.  They were so good earlier that I just needed to get some again.  And so cheap.  A very full meal for just $2.98 plus tax!  Not many places can do that.

I got home and watched the rest of an episode of Star Trek: The Next Generation with Dominica and Paul.  But Luciana was wanting to go to bed early and read Harry Potter, so I put the girls to bed on the early side and read chapters seven and eight of Harry Potter and the Philosopher’s Stone.