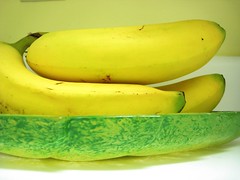 I didn’t manage to get to bed last night nearly as early as I had hoped but I do feel that I managed to do a good job on my homework and I got that turned in before the deadline for submission.I was up and into the office this morning just in time to walk in to a major disaster. I ended up getting caught on emergency conference calls all morning and did get a chance to get off of the phone until at least eleven.

I placed a rather large Amazon order today. The reason for the order was to get a Netgear SC101 SAN device. There have been a number of bad reviews about it but most of them seem to be mostly disappointment based on a misunderstanding of SAN from people assuming that they were buying a NAS device and Google’s Summer of Code has produce Linux drivers for the device so I am quite anxious to test it out. I have those two giant 500GB PATA hard drives that I just bought last week and really need something to use them in and this is about the only thing out there. I also ordered the first three seasons of The Cosby Show, a CD from the Puppini Sisters and several IT books. New books include “Hackers and Painters“, “Everyday Scripting with Ruby“, “Release It!” and “No Fluff, Just Stuff Anthology 2007“.

Today on Craiglist in Witchita, Kansas there is a job posting looking for a pilot to do a test flight to the moon.

Today was insanely busy at the office. I was totally swamped from the moment that I walked in the door and I barely got a breather all day. The phone was practically glued to my ear. I was really exhausted by the end of the day and really ready to head for home.

Dominica has a dentist appointment tonight so we are eating separately. I went right over to Food for Life before even going to the apartment and ate my dinner alone.

I came home and spent the evening learning Solaris Volume Manager which I have not worked with before. That took a little while to get all of the steps down that I needed to do since SVM varies from my experience with the Linux Logical Volume Manager or LVM in the architecture and the way that it handles the disks. But I got it figured out and got my V100 setup and running with a mirrored root volume like I had wanted.

Dominica got home quite a bit after seven. She watched some Full House and did some cleaning. She went to bed early. I stayed up working on my V100 until around eleven then headed to bed myself.

Tomorrow is doggie – daddy day as Oreo’s daycare is closed because its owners are getting married tomorrow. So Oreo is stuck at home for more than a week straight! We have no idea how we are going to manage to keep him occupied during that time. It is going to be a tough week. Luckily having me work from home today worked out really well so today is taken care of. Next week will be a challenge but at least I am not traveling like we had thought that I might have been which would have made it much harder.

We are not traveling this weekend either. We are actually home for the whole weekend!