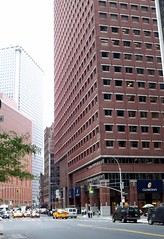 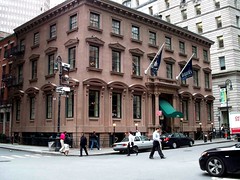 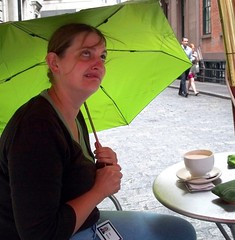 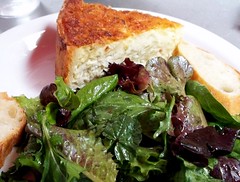 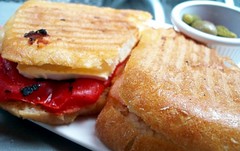 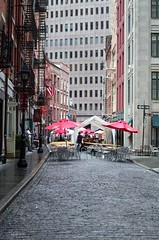 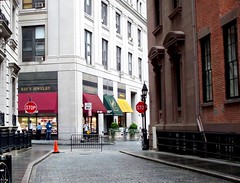 Thirty weeks of pregnancy.  I can’t believe how quickly time has flown.  We have just been so busy since having gotten pregnant that we really haven’t had a chance to slow time and take stock of how quickly everything is happening.

After working really late last night, until almost two in the morning, I decided to sleep in a bit this morning and didn’t log into the office until seven thirty or maybe even eight this morning.  I needed it though.  I am not really sleepy today; that was enough sleep for me to be feeling pretty good.

The weather is awesome today here in the New York Metro.  Cool and just a touch of rain with a nice breeze.  What a great change from the warmth.  Autumn is peeking from around the corner and teasing us with our short window of wonderful north-east weather.  An entire region of the country with just one to two months of great weather each year.  It’s a rough existence but we really know how to appreciate the good weather when we finally get it.

I worked from home for a little while this morning – all of the windows open now for the past several days.  The apartment is getting a wonderful airing out and the plants are loving it.  I hit the sidewalk and starting walking to the office just after ten.

For lunch, as is our tradition on Fridays, Katie and I walked over to Financier between Stone and Pearl and got the smoked salmon and brie sandwiches and crab and fennel quiche that they only offer on Fridays.  Determined to make the most of the weather I convinced Katie to skip the crowded cafe innards and to sit on the mostly empty street and to enjoy the seclusion so seldom offered in lower Manhattan, especially during the mid-day lunch rush.  Only one other band of stalwart lunchers dared to brave the elements outside of the cafe.

In reality it was quite nice sitting outside.  We commandeered an umbrella and took shelter beneath it.  Eventually Katie went for her own umbrella for some additional rain protection.  The rain was quite light but just enough to threaten to be a problem should the wind really kick up.  It is so much nicer sitting outside enjoying good coffee and awesome food in a light rain with a nice breeze and only the occasional passerby rather than the usual – elbow to elbow with other tables while sitting in blazing sun in the staggering heat.  This is how cafes are meant to be enjoyed when a sunny morning in the south of France isn’t readily available.

While it was raining, my walk back to the office did not really result in me getting at all wet.  One of the benefits to Manhattan life is that there is always a lee in which one can avoid the elements if one so desires.  I’ll take rain over sweat anyday, though.  No complaints here!

My new Blackberry Curve for the office arrived today to replace my ancient Blackberry that died a few weeks ago.  The new unit is very nice and sleek.  I am excited to be switching over.  I won’t be embarrassed to use this one on the train or at a restaurant.  I’ll also be more careful not to drop it.  The Curve is nicer than Dominica’s Pearl model.  This one is halfway between the 8830 and the Pearl in size but has the full keyboard like the 8830.

I had been planning and hoping to have been able to have gone back out for coffee this afternoon but my afternoon ended up being so busy that there was no chance whatsoever for me to take a break from the office.  Fridays can be like that.  It is very easy for things to get very busy very quickly.  One little issue and the day just vanishes.

One of my friends in the office felt bad for me and went to Starbucks around five and brought me back some coffee.  Not the same as going out, escaping the office and getting some fresh air but at least it helps to keep me awake.

I spent a good portion of the day today working with Chris on issues with the email system.  We were never able to positively determine exactly where the problem was stemming from but we tried many things, many of which resulted in long periods of time sans email access, and eventually got the system to some moderate degree.  After many changes it seemed to be working even more smoothly than before.

Not content to do all of this work and get almost nothing in return for it, I decided that it was high time for a system upgrade.  Generally I avoid doing this because it is so much time and effort dedicated to just updating the email system which really has very little impact but to avoid issues like this in the future I decided that tonight was the night to do it.  I’ve spent so much time with the email system over the last few days that no time is actually going to be as appropriate as this to do the work.  No time like the present!

I started the process of upgrading the email system at eight in the evening.  The first step is to do a backup.  I did that and my first attempt failed due to a network error.  That cost around forty minutes.  🙁  It is going to be a long evening.

While waiting for other things to finish over which I had no control, I took the opportunity to perform the SGL WordPress update to version 2.6.2.  Always nice to have things up to date and running with the latest features.

Dominica and I decided that it was going to be so late before I would reach home that we would just eat separately.  I will probably rue this decision as I will probably be in the office so late that there is no more food to be had on my journey home and our trip in the morning will be so early as to preclude getting breakfast on our drive to Peekskill.  She decided to just eat some food that we had in the house.

Tomorrow is Dominica and my Lamaze class up at Hudson Valley Medical Center very near to the new house.  We have to be up around six thirty tomorrow morning so that we can get ready to go.  I have a deployment at seven that I need to do and then we should be on the road around eight.  Poor Oreo is going to be stuck at home all alone all day which is going to be awful for him.  He is going to be very unhappy about how he has to spend his weekend.  Fortunately, he will be completely exhausted from a long week of daycare and should sleep almost all day.

We heard good news about our house process today.  The committment letter from the bank arrived both at our agent and at our attorney’s offices.  My attorney called and said that everything looks good.  The loan is all confirmed and now the only real issue is to set the closing date.  Hopefully we will have the final details by early next week.  The attorney was very happy with our bank and how clearly they wrote the proposal without any stupid issues that keep it from actually working.  We are still looking great to move in mid-October.

One of the nice things about staying at the office really, really late is that it gives me a chance to be all nostalgic for the days when I used to work late in Washington, D.C. and in Pittsburgh.  Back then I would be stuck in the office until all hours of the night waiting for system maintenance, doing work when no one was there to bother me or because I was waiting to see if the waste management plant would run into unforeseen issues.  Sometimes I would be there late just so that I could spend time training and observing the overnight crews.

I’ve always enjoyed working late at night.  Once the office lights turn off and everyone else leaves there is a certain happy loneliness to the office.  Once night falls and I am all alone I can magically picture the loading docks at Washington Hospital Center perfectly.  I can remember every inch of the facility, the walk down the dock, getting into my car behind a roll-off and driving through the dim, back streets of northeast Washington, D.C.  It is so vivid it is like I was just there.  What a huge part of my life that was.

Being in any city at night, on a cool, rainy, lonely Friday night in a business district where no one goes for after hours is always an experience.  Being here on Wall Street really takes me back.  While waiting for backups and updates I can walk around the office and experience the feelings all over again.  Looking out the windows and watching the cars on the FDR zip by or the people milling about in front of St. Maggie’s Cafe at 110 Wall St.

Growing up in the country you don’t get the same feeling at night.  Once the sun goes down and people start going to bed in the country being outside is lonely – completely lonely.  In the city it is a completely different type of lonely.  You can always see people, you are always near people.  It is a shared loneliness.  The quiet of the city at night.

The quiet, dark city might be my very favourite place.  Even Newark is nice once everyone is asleep.  Washington was a bit of a stretch but it had its high points.  Not many, but a few.  Pittsburgh, of course, I will always miss.  A great city, an adventure and tons of work without any real politics.  Just a chance to do great work and be appreciated for it while getting to explore and discover what, so far, remains to be my favourite place to live.

Since I have time to muse – my favourite cities, in North America at least, would be Pittsburgh, Ithaca, Halifax and Montreal.  I miss them all.  I wish that we didn’t have to live in New York City.  Manhattan is great – it has a lot to offer but it isn’t our style.  We are very excited about moving up to the Hudson Valley in the next several weeks, though.  That is really going to change our perspective on the whole experience.  Perhaps not for the better – time will tell.

The process of updating the email system took just forever.  I gave up on any chance of finding food or getting to bed with enough time to get any sleep tonight, but better to just push through and get this done now rather than leaving it for some other time to get exhausted and have it ruin my night.

I had a deployment that needed to be done tomorrow morning and was going to get me up around seven in the morning or earlier but since I was in the office so late I was able to verify before leaving that the package had never been released and so there would be nothing for me to do in the morning.  That will let me sleep in at least half an hour longer now that I was going to be able to do before.  I am going to need it.  Tomorrow is going to be a very long day indeed.

I am posting as I leave the office.  Check the posting timestamp to figure out when that is.