Today is a beautifully clear sunny day after yesterday evening’s torrential downpour. Everyone back home in Upstate New York has been complaining about how they are getting no rain at all this year and we keep getting slammed by huge amounts of rain and flooding here. 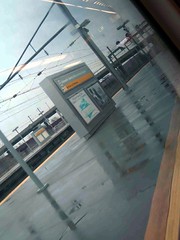 Like most Thursdays today was a chance for me to work from home and for Oreo to sleep. He isn’t the youngster that he was two years ago when we first brought him home to live with us from Houston and he needs a lot more sleep these days than he did back then. Daycare is tough work for him and although it keeps him in shape and healthy it also really wears him out. He has been going there for well over half a year now and when he started he would never, ever lay down and nap while at daycare but now he takes regular, long naps in the sunlight when it is available to him. And he used to only sleep “most” of the day on Thursdays but now he is out of the count all day long – which does make life easier for me when I am working but it also means that I almost never get to play with Oreo which I miss.

I took some spare time this morning in between requests at the office – which were pouring in steadily all day keeping me tied to my desk all day long – and created a handful of “video game listing” pages on SGL so that I have an easy way to keep track of the video games that I own and have owned over the years. This is both nice from a memory and nostalgia standpoint as I tend to start forgetting about these things as I get older even though I appreciate their memories more and more but also, for my more recent systems, to keep track of what games I already own! This gets worse as many games are in series and have similar names. I begin to lose track. It gets worse because sometimes I buy games from systems that I don’t own (I own Shenmue II for the XBox and Enchanted Arms for the XBox 360, for example, neither of which system do I own.)

I am starting on a new schedule at the office starting on Monday. As of Monday I am doing the “early” shift starting around seven in the morning Monday through Wednesday and then working my normal hours on Fridays and still working from home on Thursdays. I think that this will make life in the apartment better because I won’t be waiting for Dominica to head off to work so that I can start to get ready. And there is always a backlog of work created during the time that I am getting ready and driving in and, of course, traffic is almost non-existant when you head in for seven but is horrible the rest of the day. So this way my day automatically becomes thirty to sixty minutes shorter just because of the difference in the traffic situation.

I am working the early shift tomorrow but that has nothing to do with my schedule change starting next week. It is just a coincidence. The great thing is that my working early coincides with Dominica and I making the trip up to Pavilion for the weekend. It is looking like we will have a really good chance of getting out of Newark on the early side and actually making some good time if all goes well. It would be great to get to leave early rather than late for a change. We are driving the BMW up this time because it has to go into the shop in Geneseo on Saturday for its inspection. Otherwise we would drive the most cost-effective Mazda PR5 which is just about to turn one hundred thousand miles.

Things finally started to slow down at the office as we approached the close of the day. I managed to sit down just before Domincia got home and work through one small section of Suikoden III getting maybe thirty minutes of actual game play in. I did manage to clean the kitchen and get all of the dishes done and to do a little light cleaning throughout the house done.

I managed to find the power supply for our image scanner today so I hooked it up and scanned some prints that I have in our huge stash waiting to be scanned. Immediately we noticed that the quality of the scans wasn’t very good so we decided that we are going to go buy a new scanner because most of the pictures that we want to scan are our wedding photos so we don’t want the old scanner making the pictures not turn out well. So I did some scanning of some low quality old black and white prints that won’t be noticeably affected by the scanner’s issues.

I spent a while on the phone with Craig who is venturing out on his own and is going to be working in the New York area very soon.

It was off to bed around nine thirty.