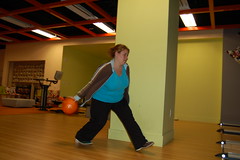 Because my homework was due last night instead of today like normal and since my next homework assignment has not yet been assigned I actually have something similar to a day off. It isn’t quite a day off since there is still a lot to be done like being the on call and being online with the office all day and doing house cleaning and stuff. But it is the closest thing to time off that I have gotten in a month or two so I am very happy.

Oreo was the first one up this morning – undaunted by the time change last night he poked his head from beneath the covers and say the rays of sunlight streaming past the bedroom window. He was up like a flash to head to the living room to investigate the sunspot situation. After about fifteen minutes he came back and looked at me from the open doorway and then ran back to the living room. When I didn’t follow he came again to make it clear that he needed my assistance. So I pulled myself out of bed and headed out to see what was the matter. It turned out that his pillow was in a shadow and he wanted it moved into the sun for him. Simple pleasures.

Dominica slept in for another hour or two but was awake long before I had expected her to be. She cooked breakfast and then got started on her homework. My project for the day is to finally start playing the classic adventure game “Murder on the Mississippi” for the Commodore 64 from 1986. I have been wanting to play this game since I first read about it in Commodore Magazine when it first released. I never had a Commodore 64 or 128 to play the game on, though, so that was never a possibility.

“Mississippi” is a graphical adventure game somewhat along the lines of King’s Quest, Deja Vu or Five Days a Stranger. A very early game in the genre and one of the very first to make use of an interface that did not require any typing.  Today this game is insanely dated – it is actually hard to imagine that people used to play games like this.  But at the time this was a really amazing game that was very exciting for the Commodore 64.

Not having anything in particular to do today was a genuinely strange situation for me today.  I was at a real loss to figure out what I should be working on today!

I am definitely getting off to bed early tonight so that I am nice and rested for the week.  This will be one nice change!