Dexter didn’t sleep with us last night. We just couldn’t handle another night of his anxiety. It is sad because he is so excited that Dominica and I come to visit and all that he wants is to be with us like in the old days when he used to come stay with us for days at a time. But he has such awful anxiety that he spends the entire night panting and panicking which, in turn, keeps us from being able to sleep and doesn’t help Oreo out much either. So last night he had to sleep upstairs and just Dominica, Oreo and I slept in the living room. Dexter came and joined us early in the morning after his and Oreo’s early walk outside. 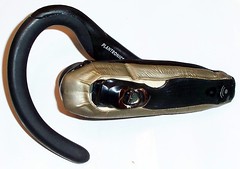 We just hung around the house until two in the afternoon when we went over to Dominica’s grandpa Tocco’s house for Easter dinner. Dominica spent a bit of the morning working on homework for Empire State while I added the new memory to her parents’ computer and watched Joe play Call of Duty 4 on the PlayStation 3. I did a little bit of reading for my class today as well but not very much.

We had dinner at two and stayed there until around four when we went back to Min’s parents’ house, packed the car and got on to the road headed for Newark. It was probably around five when we finally got out the door. We stopped at Ramapo, in southern New York along the Thruway, and grabbed dinner at the McDonald’s at the rest stop there. It was quick and easy. We ran into fairly little traffic and were home to Newark just after nine.

Dominica and I spent our short evening working on homework. It isn’t much fun having all of this homework due all of the time. I wrapped up around ten thirty. Dominica went much later. I decided to go to bed with Oreo and to read while Dominica wrapped up her homework. Her plan was to work until she was exhausted.

My video of the sunrising over Manhattan was added to the NYC HiDef channel on Vimeo.

I made a mistake last week and I am actually on the early morning shift this coming week. That was pretty dumb. I am not on it tomorrow (Monday) for the same reason that I thought that I was not on it last Monday. But Tuesday through Friday I will be doing the early morning.