Dominica was up long before me today and hard at work on her backlog of GPS and the New Geography homework. It isn’t very often that she is up significantly before I am and especially not on the weekends. 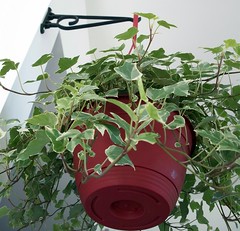 I have a bit of a migraine today so I am spending the morning relaxing and hoping that it will go away so that I can actually get some work done tonight. I hate losing so much of my precious work time to something so pointless 🙁 I don’t have enough time to get things done as it is.

I picked up breakfast from the Market Cafe downstairs and Dominica took a break from her work so that we could watch the final three episodes of the final season of That 70s Show. It was only about an hour and ten minutes of shows so it wasn’t too much of a break and we ate while watching it so it wasn’t a horrible use of our time. I’ve been waiting for ten years to see how the show would end and I was really anxious to watch the final episodes. That 70s Show is one of those really great character driven shows where the writing and actors really came together and developed deep characters and relationships that continued to grow and evolve over the course of the shows eight years and by the end you are really attached to them. I think that the final “home stretch” episodes were really well done and that overall the story was really wrapped up nicely. Unlike a lot of sit-coms that kind of just wind down and fizzle out leaving the audience with no closure this show really made a concerted effort to wrap up storylines and leave the viewers satisfied, and it had a lot of opportunity to fail at that too. The end of That 70s Show was definitely planned and well thought out. I was quite happy even though I hated to see the show end. It is amazing how much work went into the over two hundred episodes that the team produced over the years.

We managed to finally get Dominica phone number ported over from the family share plan that she has had with everyone back up in Rochester and onto the family share plan with me. We have been procrastinating on that for forever. For the moment Dominica is now on my old Palm Treo 700p with voice and unlimited data (so she gets email and can surf the web) but we also ordered her a new phone. So on Wednesday she will be receiving a new BlackBerry Pearl 8130 in pink. The BlackBerry works just so much better as both an email device and as a phone than the Palm that it was well worth the extra money, and seeing as it is available in pink there really was not going to be any convincing Dominica that she wasn’t going to get it. So now, in theory, she will be “on email” all of the time like I am and will be communicating through it much, much more often.

I started reading “Agile Retrospectives: Making Good Teams Great” today as I have gotten ahead on my textbook reading for my Object Technologies class.

Dominica worked very hard all day on her homework. She also did laundry and cooked the week’s food for little Oreo. She didn’t really get any break all day. But by ten at night when she turned in for the night she had completely all of her homework both the backlog and what was due tonight. So she will feel much better heading off to sleep knowing that all of that is behind her now.

I didn’t have that much homework actually due today but it was enough to keep me pretty busy considering how crappy I felt and with all of the interruptions like taking Oreo out for his regular walks. I did get my homework done and turned it in a little before eleven. I was off to bed well before midnight.

Because of an “emergency” at the office I am going to be doing the early shift again this coming week. It is going to be a long week.