I had to play catch-up with the SGL posts today. I was running a little bit behind. I didn’t have a chance to even open the editor yesterday and May 5th was still sitting in my “drafts”. But I got caught up. Now that my huge Red Hat exam project is over I am able to focus on more things and get caught back up. 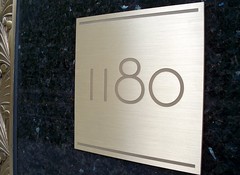 Today is a doggy-daddy day. The weather has turned dark and threatening. Not like the warm summer days we have had the last few days. It is still pretty warm but very humid and overcast.

Oreo insisted on another walk in the park today. This is his third this week taking one on Sunday, another on Tuesday and one more today. The temperature was perfect and the clouds and humidity were perfect for making the city seem almost silent. I always find it strange walking Oreo in the park in the heart of a major city, surrounded by skyscrapers, and having the world be so quiet and still. There was just the slightest drizzle as we walked through Military Park.

I forgot to mention yesterday that another Amazon order arrived. We got a pack of Rock Hudson movies and a pack of the Bob Hope & Bing Crosby classic “On the Road” movies like Road to Morocco. Classic stuff. We also got the three final episodes of the fourth season of Family Guy which are sold separately from the rest of the season. Another eBay computer arrived today as well. This one is an ultra-small form factor HP Compaq d530. Nothing special but I love these tiny form factor machines. They are just so easy to deal with.

Dominica did some light shopping on her lunch break yesterday and decided that we needed the first season of The Brady Bunch which is pretty funny to own. I suppose it will be interesting to see the show starting from the beginning. It is such a quintessential piece of the childhoods of just about anyone anywhere near my age that it is hard to think of it as being like a normal television show. And it only existed as reruns which were shown disconnected and out of order. So to many of us there was no flow whatsoever in the show. It was just a serious of vignettes. So now we will see it as an actual show and see if that improves it in any way. I think that she was thinking about The Brady Bunch as we recently saw two of the actors show up in the first season of The Love Boat and we also saw two who did a guest appearance on the final season of That 70s Show.

I wasn’t as tired today as you might think that I would be having worked so late last night. I feel so much better having so much work completed and out of the way that I really have a lot more energy.

Dominica got home and we just got simple food from the deli downstairs.  We ate and watched and episode of The Love Boat. Then Min was off to bed and I went to work on my Java project.  I am attempting to properly incorporate some basic design patterns into my project like the Model-View-Controller and Singleton patterns.  So far this project is moving along while still being quite educational.