Today I am actually off from work.  Not something that happens very often.  My hours at work have been reduced dramatically – not because there is less work to be done but just that there is less budget to pay us with so our hours are going down.  Not down below full time, not even without overtime, just not as much overtime as I have been working for the past year – which has been an insane amount. 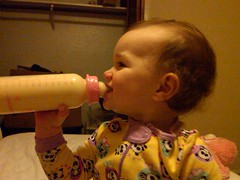 I slept in a lot this morning.  I really needed a chance to catch up on some sleep.  It was about ten when Dominica got me up because her cousin Katie had arrived from Arlington and we were getting ready to head out to the Houston Zoo to take Liesl and Garrett to the zoo for the first time. Today is my day to hang out with Liesl all day before heading off to Pennsylvania and New York for over a week.  I am really going to miss her.  This will be the longest that we have been apart in a long time and actually is likely longer than when I was in Germany which was the longest time that we have been apart thus far, I believe.

I showered and packed and we headed out for the zoo.  Knowing that time would be somewhat tight today we decided that I would drive the X3 separately just in case something happened and I didn’t have enough time to go back to League City to get it.

The drive from League City to Houston was fine but once we neared the zoo we got caught in the most insane gridlock that I have ever seen.  We sat for hours without really moving.  Totally caught between just a few streets. 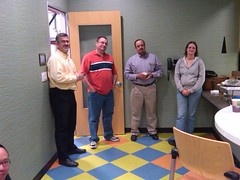 After a few hours of sitting in unmoving traffic I did a quick calculation and figured out that by the time that we would likely reach the zoo that I wouldn’t have even enough time to park and immediately leave again to be able to get up to Kirkwood where I needed to help Brian pick up the printer.

This ended up being a really crappy day.  What was originally a day with Liesl at the zoo quickly deteriorated into me, sitting in traffic, alone in the car while Liesl was off with Dominica and the family in the Sequoia without me.  Now I don’t see her at all before I leave – I didn’t even get a chance to say goodbye.

The family also decided that the zoo was not really a good option even though they were not under the same time constraints as me.  So they instead drove south down to Galveston to take Liesl and Garrett to Moody Aquarium.

I drove on up to the beltway and met up with Brian and Jen at the hotel.  We packed up the car and got Brian checked out of the hotel.  We had just enough time to get some food before needing to get to the printer pickup so we stopped at Waffle House for quick lunch as I had not had an opportunity to eat all day.

From Waffle House we drove up to Kirkwood to pick up the printer.  We met with some people while there and decided that Jen needed to pack up and join us on the road trip up to New York.  So after picking up the printer we ran Jen home, picked up her luggage, squeezed everything into the car and from there we were already running late to get down to Enet Solutions on the southwest side of the city for SpiceCorps Houston – our fourth meeting in Houston.

We were just a few minutes late for the meeting, although getting there early would have been the smart thing to do.  We had a really good turn out tonight with roughly twenty two people in attendance.  Houston is one of our really good groups.

The meeting went well and we were able to get a tour of the Enet facility including getting to see their datacentre and NOC.  They actually have an apartment inside of the facility for when people need to stay there overnight.  A very cool idea.  It feels like a Japanese hotel – short ceilings, no windows, etc., but it has a laundry station, a little bed with a small television and DVD player and a shower.  Very useful.

We stayed late after the meeting.  There was beer and cookies.  We were the last to straggle out, as is generally the case, and then it was off to dinner with Brian, Jen, Allen, Gustavo and I! We went to Waffle House and got some food.  It was midnight by the time that we left there.

It was very late for us to be setting off but it was the best that we could do.  We were not on the road until around ten or so.  A very late night.

It was an exhausting drive up to Irving.  We got in around three or four in the morning.  We were all very tired.  Brian got his old room and Jen got the master bed.  I slept on an air mattress in the dining room.  It was all a very quick “get something together and get to sleep as quickly as possible” situation.

Tons to do tomorrow.  I will be working all day from the apartment.  Then, as soon as we can, we are all piling into the BMW and heading for Memphis!  What a long day it is going to be.