The girls made cards for Dominica, as they usually do.  They love making something special themselves.  Paul went out early this morning while everyone was asleep and got a birthday cake made at Walmart, and a selection of cheesecakes, too.

This afternoon, for dinner, we went to Taco Tuesday at Fuzzy Taco on Midway.  We had thought about going to a few other places, but tacos just won out.

I got my regular fish tempura burrito, and a Estrella Jalisco which was awesome.  Both girls loved the nachos and really like the food here.  Fuzzy Taco is our new taco place of choice.  Dominica gets the fish tacos, because they don’t have onions, unlike the burrito. 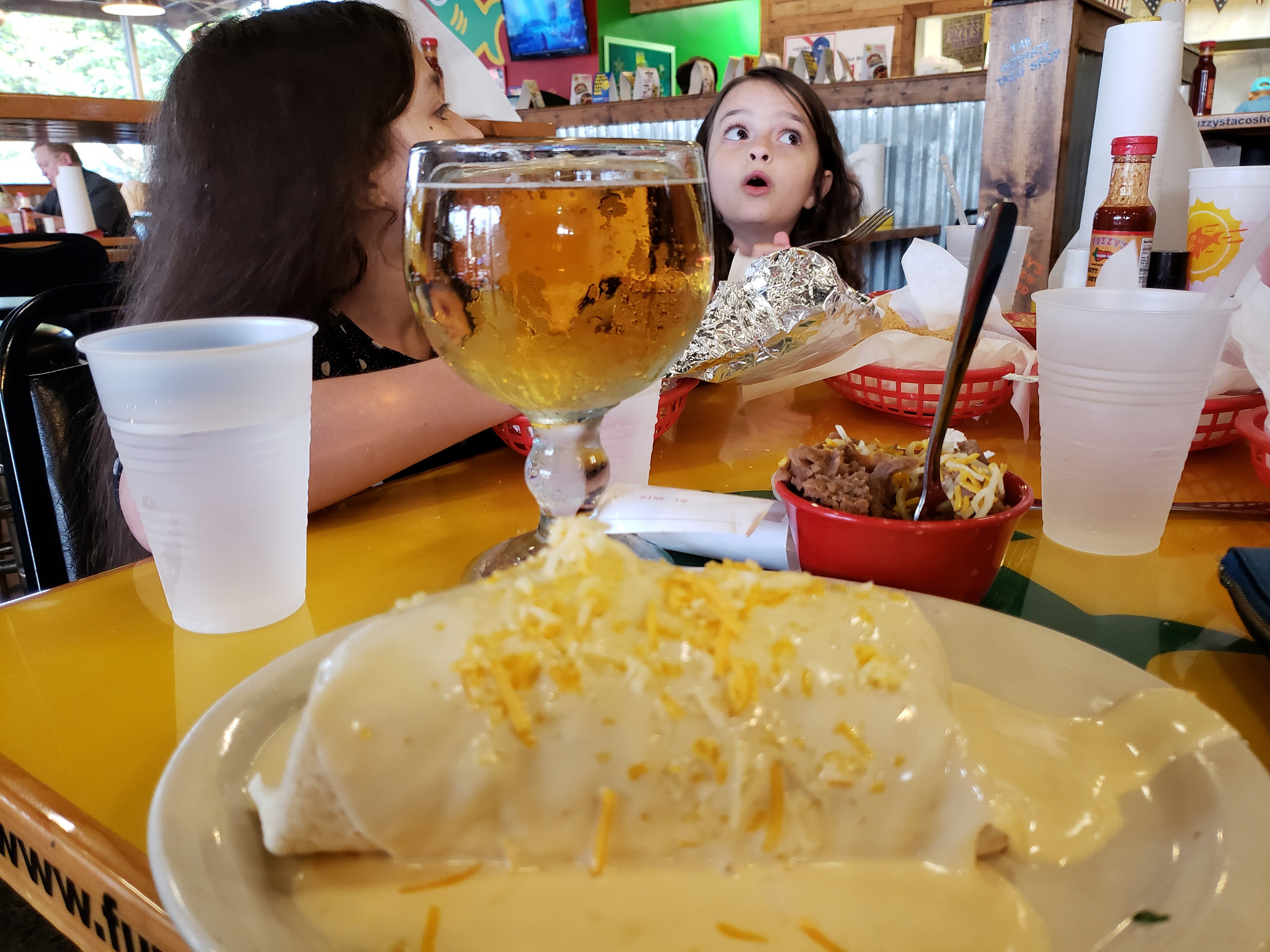 After dinner, we went back home and Kat, Rachel, and Rachel’s date Slim were to come over.  Kat ended up having to work and could not make it for the “party”.   But Rachel made it for singing and cake and hanging out for a while.  Our family and our “roommates.”

Rachel hung out for a while and later on her date Slim joined us before it was time to go out.  While she was there, Dominica opened her birthday card from Jenn and discovered that Jenn had sent pictures that she had taken, that neither Dominica nor I had ever seen before, of the two of us together on the day that we met, on June 10th, 2001 at Phil and Kate’s wedding.  Including a picture of the two of us sitting together at the Howard Johnson’s where we had our late night meal with a bunch of other people from the wedding and the waitress mistook us for a married couple when we had just met a couple hours before. 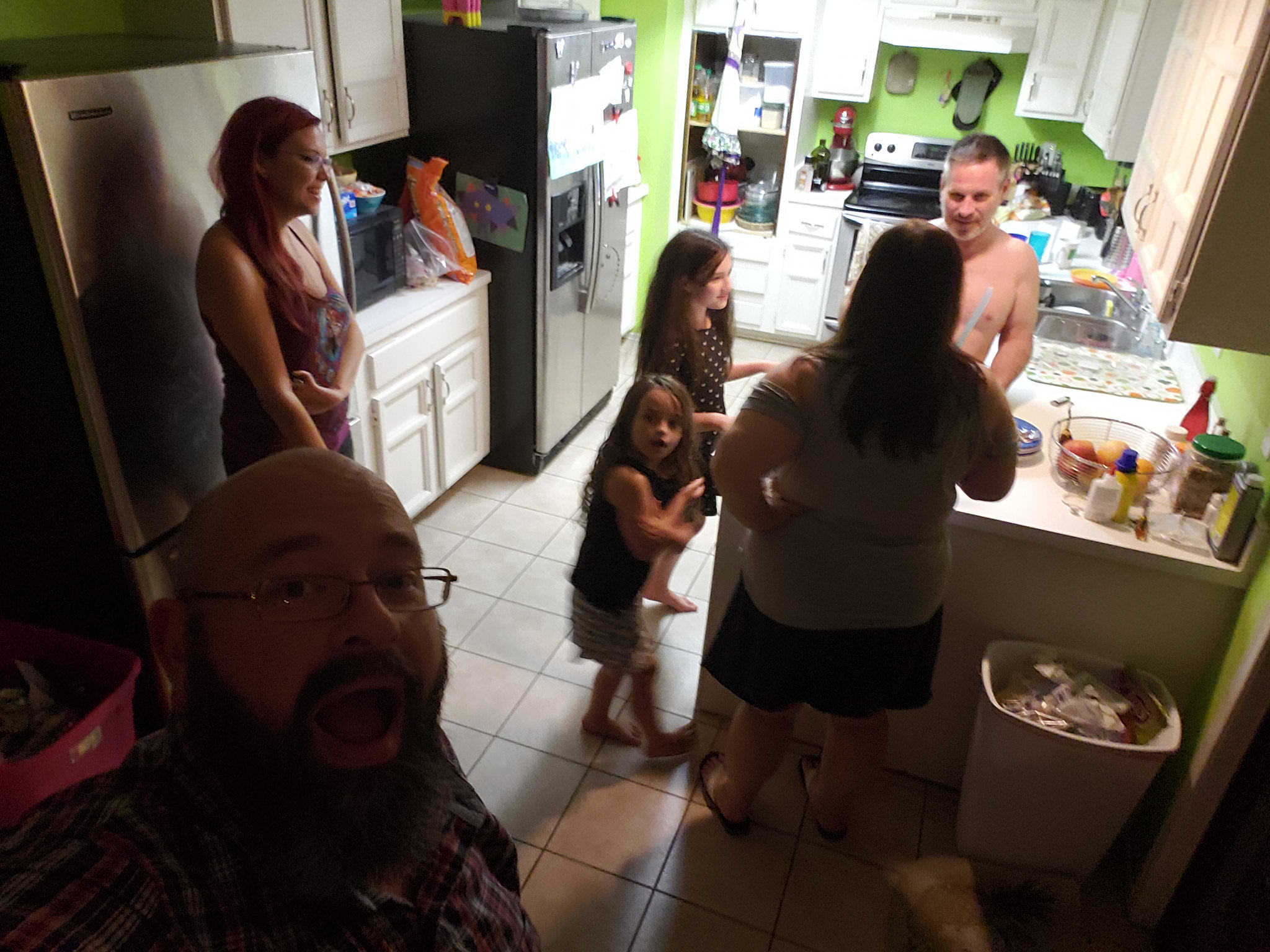 On the late side, since Dominica was tired and just wanted to go to bed after so much cake and stuff, I went out to Denton with Rachel and Slim to go to the Abby Underground on the square to see Jaiden spin some tunes for the evening. He goes by DJ Knights up there. 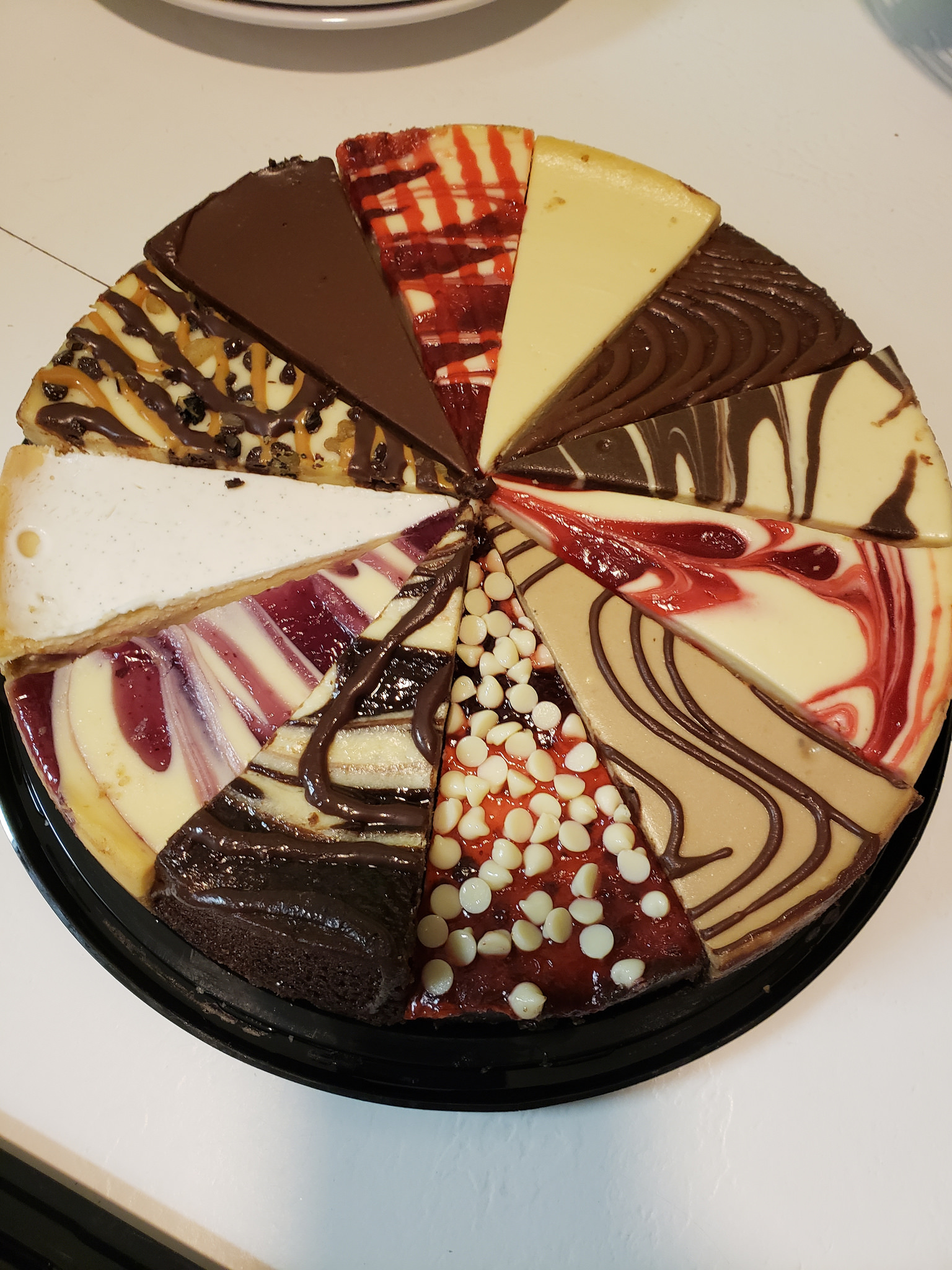 Rachel drove up and that was rather an adventure.  Her old Honda is in rough shape and the transmission can’t keep the car in fifth gear.  So while driving on the highway, it would just slip out of gear every few minutes which is rather surprising.  Very little still works in that car. 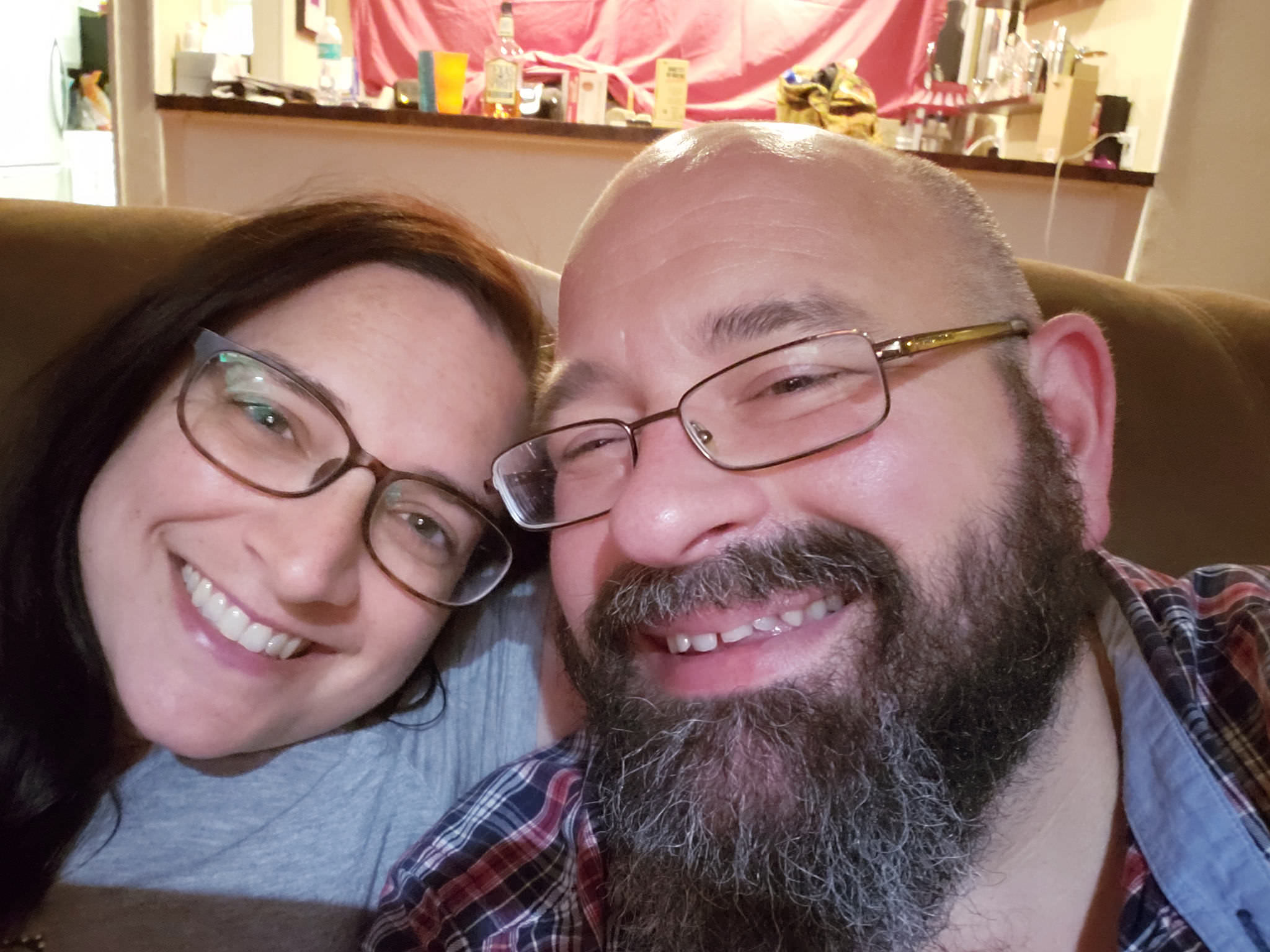 It was late, probably close to midnight, when we got to the underground.  But we had time to grab a drink and see Jaiden.  This is his next to last time performing here for industrial night as the club is being shuttered next week.  We will be back this coming Friday for the last “home town” concert that they are doing here.

We closed down the Abby, then drove some people home, then went out to an after party at Grrg’s place downtown.  It was about eight people, crammed into a very small room.  Mostly just listening to music and a lot of playing darts.  We were there till almost five, then I drove Rachel and Slim back.  So I had the adventure of driving Rachel’s Honda, however I figured out that you could hold the stick in fifth gear and it wouldn’t pop out on you, so I had no issue at all driving the car back to Carrollton; it did not pop out of gear even once for me.  It was very clear, though, that it was trying to pop out and it pushed against me the entire time and the moment I took my hand away it started to come out.  So that car is pretty much done for.

As with most of those “conservative” Japanese cars that people swear by, it’s dead and worthless at far less than 200,000 miles which is not an impressive number at all.  A 1980s American car would do more than that pretty easily.  This echoes everything I ever heard from Honda and Toyota owners – they always brag that their cars last “so long”, being able to top 100K miles without a problem.  The difference being owners of all other car brands think 100K is just warmed up, but they are amazing a car can last so long.  I’ve long believed that people who buy Honda and Toyotas simply believe all cars are crap and fall apart at 50K miles, and since they refuse to drive anything else, they imagine that the short lifespans of their cars is somehow impressive.  It’s bizarre.  But Honda honestly seems to be one of the least reliable cars out there and is just purchased by people with insanely low expectations of what cars can do today (or for the past half of a century.)

So we were pretty exhausted when we got home.  I was totally ready for bed.  Tomorrow is going to be rough.