Friday.  What a busy week it has been.  I got up and had a lot of work to do this morning, and several calls to make today.  The girls slept in, a lot.  They are exhausted from all of the activity this week.  I was hoping that they would get a really solid night of sleep in so that we would have them well rested and able to go over to a friend’s house today.  Not something that we want to miss.

I got my wish, the girls slept in very late.  They got up and Liesl asked for an entire bowl of steamed veggies for lunch.  Now that’s what we like to see.

It took a bit of doing between work and phone calls, but I managed to have both girls get ready to go out today.  Liesl did more DuoLingo Spanish on her own this morning, as well. 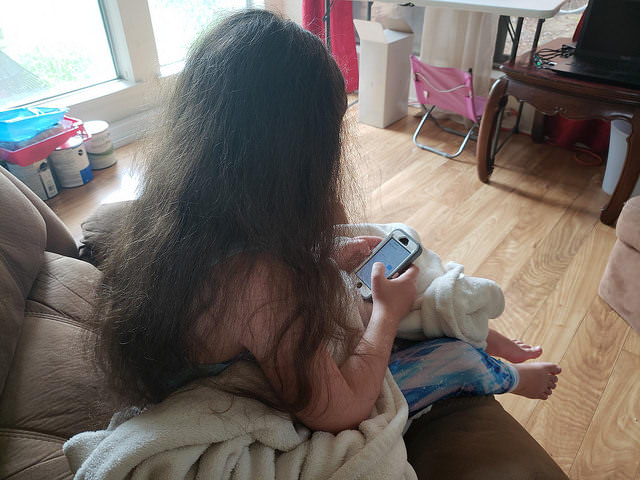 I had hours of calls that made it difficult to get the girls ready to go, but they did a good job on their own and when I was off of my calls I was able to get changed and get them out the door pretty quickly.

Today is a really big deal as they have never really had local friends, at least not in the US, so going over to someone’s house to play is essentially unheard of.  For all intents and purposes, this is their first time doing something like this, which seems crazy compared to when we were kids, but this seems relatively common today.  So we are super excited about this.  And their new friend, Isabella, is in the same boat.  Home schooler who has lived most of her life abroad and is only recently back to Texas.

They had thought about going out somewhere today, but it was raining and thundering most of the day.  So things like playgrounds are not a good idea.

It was just after three when I dropped them off down in Addison.  This is so perfect, our new friends are just under ten minutes away from us!

Dominica and I were very nervous about the whole thing.  Dropping off our babies somewhere, and actually leaving them?  It seems crazy when we’ve had them with us continuous for, well, forever.  As big a step for us as parents as it is for them as kids!

We arrived at Isabella’s place and she was waiting for the girls outside and they all screamed and ran down the sidewalk.  They are all so excited. 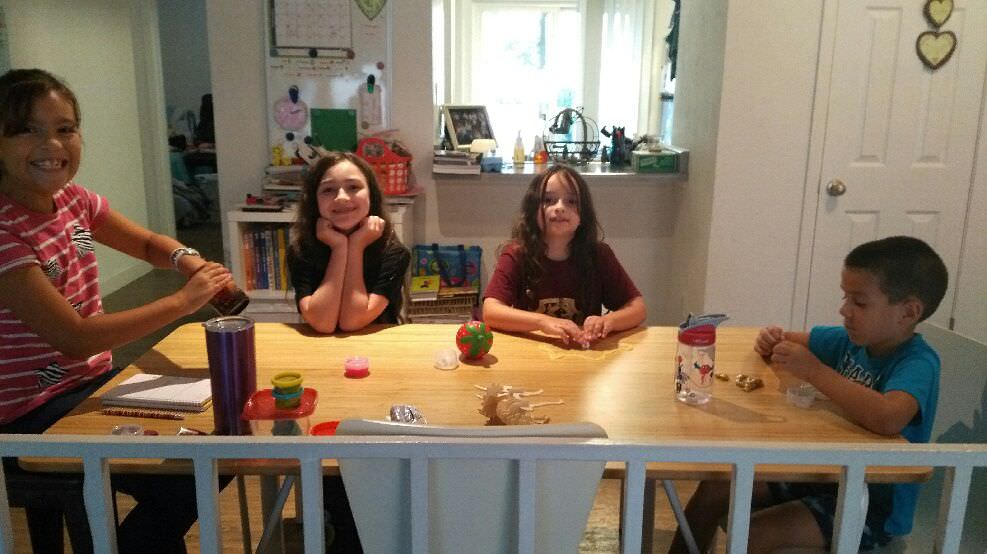 They were like best friends in no time.  I got reports that things went very, very well.  They played with a lot of slime, it seems to be a thing these days.  And they watched a movie.  And cookies were baked.

I hung around maybe twenty minutes or so and talked.  But then I went back to the house to work for a while and to let them play.  I got a bit of work done, with the house all quiet and to myself.

I had to go pick them up just before six.  On my way to get them, I swung into Taco Bueno and got us dinner so that we’d be ready to eat when we got back home.  Once I got there, at ten to six, it took a good half an hour to get them out of the house.  They brought home some chocolate chip cookies, and some slime.

We got home and Liesl and I finished watching Harry Potter and the Order of the Phoenix.  Luciana had requested it, but needed quiet time to herself so ate her dinner in the other room.

After the movie, the girls and I made a run out to Yorgurtti to get a treat.  We had very little food today.  Basically just Taco Bueno and some veggies.  So some frozen yoghurt for dessert was just the thing.  Both girls were pretty happy with that idea. 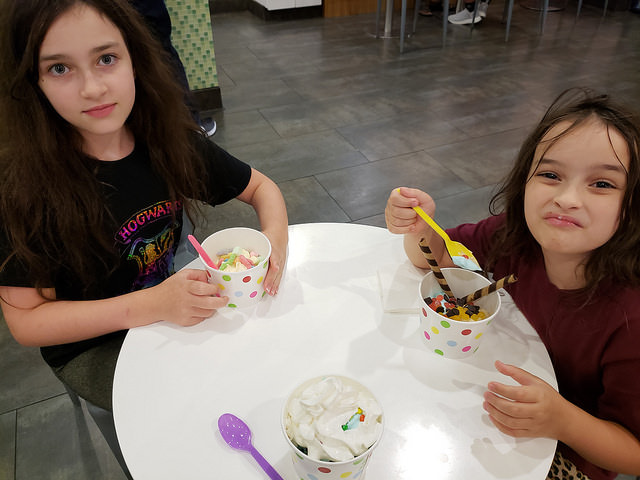 After that, we watched Harry Potter and the Half Blood Prince.  Liesl and I watched all of it, Luciana watched some of it with us.  I tried to watch it all, but ended up having to do some work for an hour or so.

Luciana really wanted to read some tonight, so I read the last of Harry Potter and the Philosopher’s Stone to both girls.  Then after that, Liesl and I read some of The Witch of Blackbird Pond together.  She has been reading it alone, but I am not reading it to her so that she can hear me say the words and talk her through what is happening in the story.  She doesn’t have the vocabulary or the historical context to understand what is going on in it, as it takes place in colonial America.  So I am reading it to her and explaining things as we go.  Our plan is for me to be reading it right behind her, so that she is still working on reading comprehension on her own, but having a solid understanding of what came just before so that she has the best chance of understanding it.  It is a surprisingly tough book, and it shows how many things that are in there that kids would not be exposed to.  She is lucky that she’s been to Connecticut and remembers it just a little, so that helps with the context.  But the idea of colonial America is still very foreign to her.

Liesl did some more DuoLingo after our reading.  Then I read the first chapter of Harry Potter and the Chamber of Secrets and we were all off to sleep.  At least Luciana and I were.  Liesl wanted to stay up with her night light and try reading some more of her book, she does not want to fall behind.  She is very dedicated to her per day page requirement.

Today was another big success.  The girls have been saying what a great week they have been having.  And they are both very worn out.  We’ve gotten tons of time together, loads of reading done, two school events at libraries, one school extra activity with 4H, and their first time going to a friend’s house to stay and play!  What a week they have had.  If the weather is nice, we will talk about going to a playground tomorrow, too.  But there has been a lot of rain this week, so that is a big maybe.