Much cooler today, the weather is great.  Actually had a decent morning without too many fires at work.  My morning nine o’clock meeting was canceled again so I had a reprieve and time to make some coffee.

When the girls got up, Luciana was so excited that today was her homeschool book club at the library.  She has been looking forward to this for a while.

The girls left for their book club a little after noon.  They are both excited. 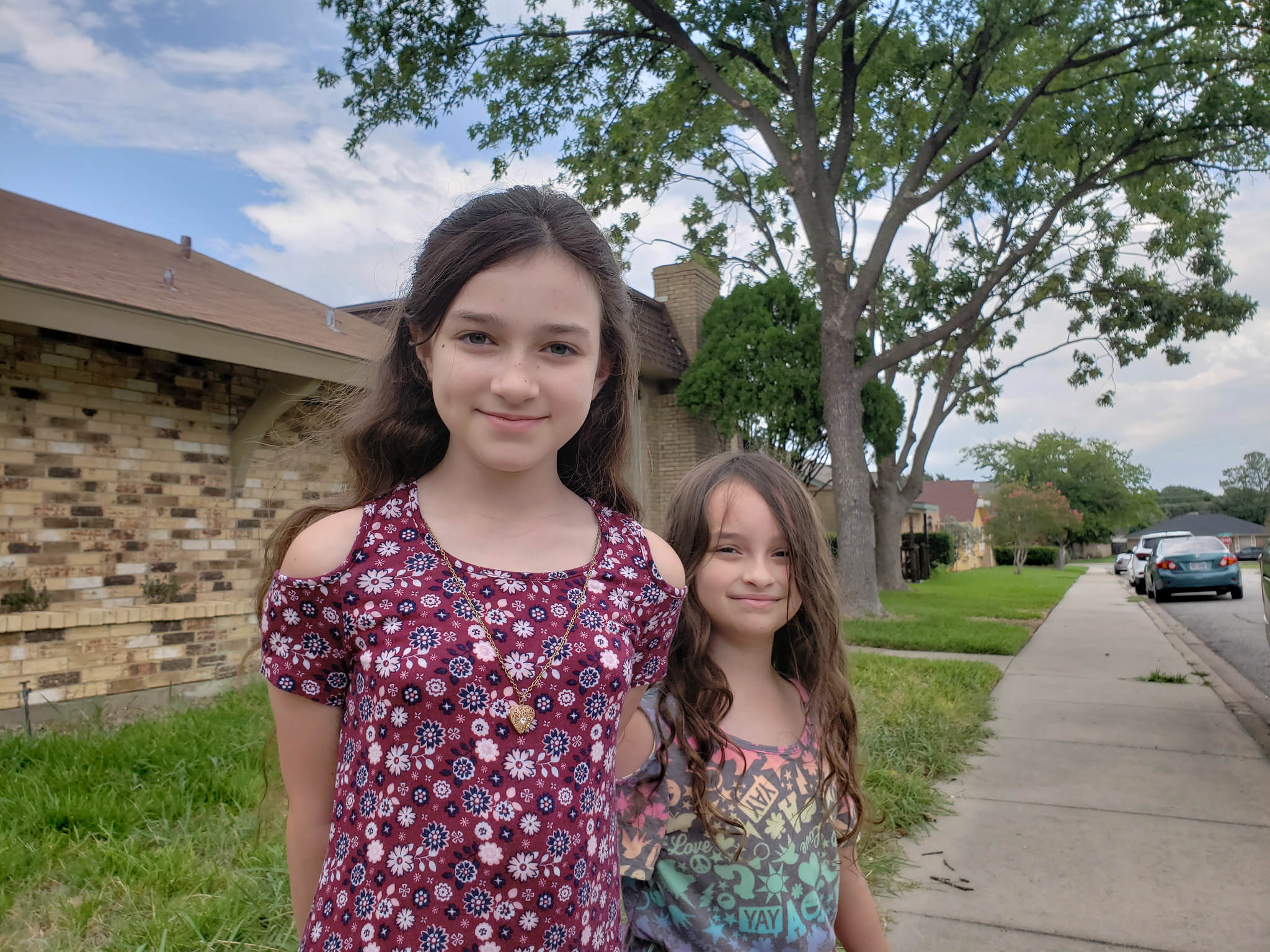 We got a little rain while the girls were at the library.  I tried to mow the lawn while they were gone, but had to wait for it to dry out some.

Dominica may have gotten volunteered to do some web design work for the homeschool book club.  She will find out soon, but it looks like she will be making their new site for them.

Today at work was a lot of dealing with Comcast and AT&T network outages (at the same place, no less) and communicating with everyone.  So much communications.

We got a new food processor today, and a new label maker because Dominica wants everything in the kitchen to be formally labeled.

We discovered today that Luciana cannot see very far, she can’t read any distance away and is sitting closer and closer to the television to read things.  She is clearly near sighted, so a trip to the eye doctor is coming up very soon.  She is very upset by this and was crying today because she doesn’t want to have to wear glasses.

We had salmon for dinner tonight.  Paul tried a new experiment with marinading it for a long time in a vacuum sealed bag.  It worked and the result was amazing.  Some of the best salmon ever.

The girls played more of Roblox and Portal Knights together tonight.

This evening, Saul, Cynthia, and their seven month old baby Catalina are going to come over to talk about work.  So we had some cleaning to do.  Dominica grabbed a mixed case of Mexican beer for the house.  So in addition to our Modelo that we have had, we have Carta Blanca, Tecate Light, XX, and Bohemia in the fridge.  We are ready to party.

They came by around eight and hung out till after ten.  We got some good work in.  Dominica and the girls had a great time playing with Catalina.  Dominica put on a puppet show for them.  Catalina thought that we were all great fun and just laughed and laughed.  This is the first time that I’ve seen Saul since before Catalina was born, so it has probably been about eight months!  What a busy year it has been, for all of us. 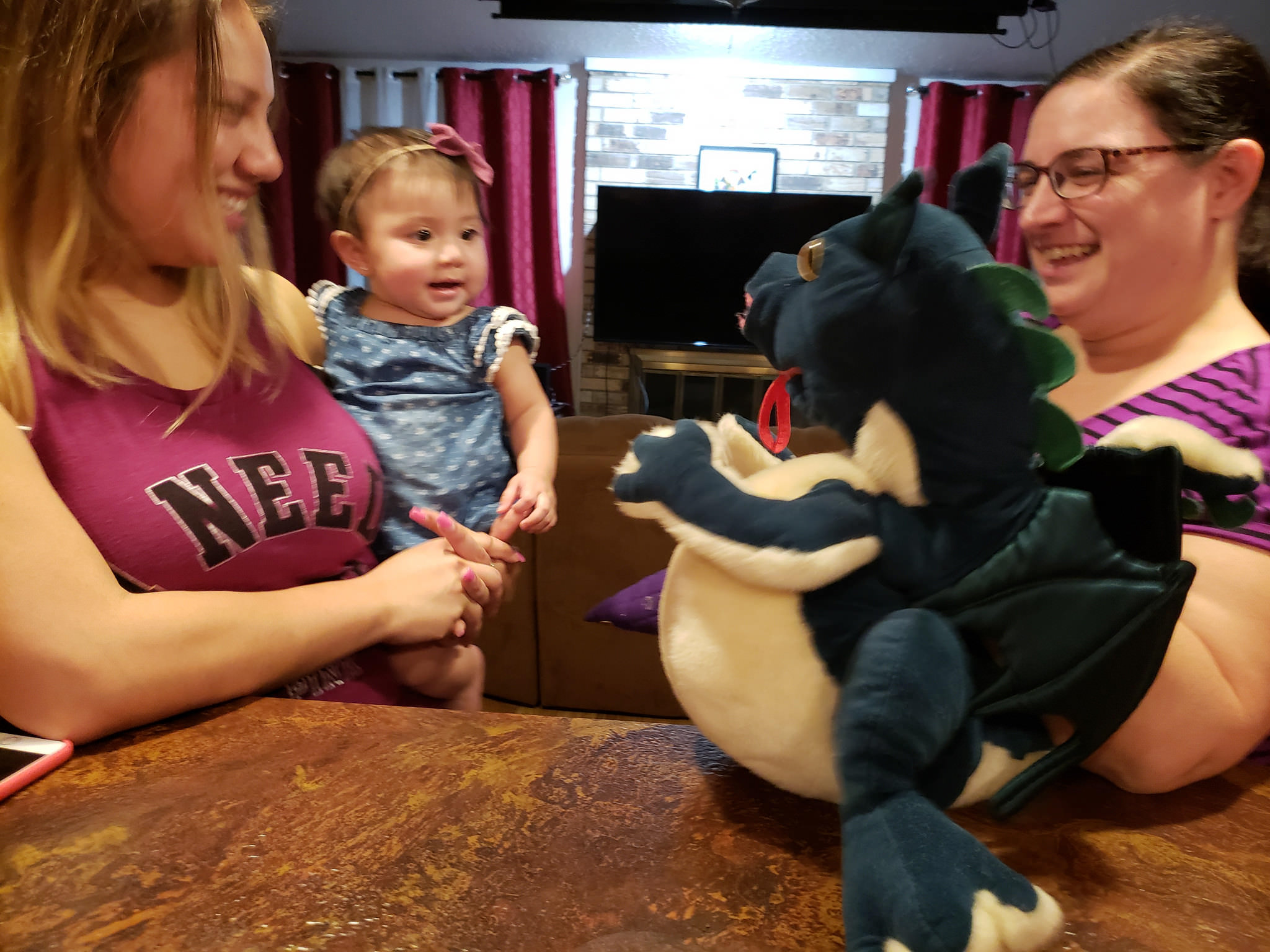 We are on chapter six tonight of Harry Potter and the Philosopher’s Stone as I read it for the girls, again.  Who would have thought when Dominica introduced me to these books so many years ago that I would be reading them so many times, so many years later!  She made me start reading these when we were first dating and still living in Ithaca!

It worked out well that we had to do so much house cleaning today.  Dominica’s parents decided that they are coming up to see us and the house tomorrow, around noon, rather than having us go down to Arlington to see them.  It has been a long time since they have seen our house in Carrollton.  And they are bringing Truman, too.  So we have loads more cleaning to do tomorrow morning (and more lawn mowing.)  It is going to be a very busy morning.  But this saves us a lot of driving and makes it far easier for me to deal with work.

At least the Internet that was down today appears to be back on again at this point.  So that is one thing that, hopefully, I do not have to worry about in the morning.

It was pretty late before I was able to get to bed.  But, important work being done.  It was good that I stayed up.  So a little after two, after getting in another couple old blog posts, I turned in for some sleep.

Luckily because I was up working late, I happen to catch that a drive had failed on our large production cluster in Los Angeles.  So I was able to reach out to the support team to get someone working on that right away.  There are benefits to being up late and trying to get things done.  That was pretty important to catch, I am glad that I saw it.

While I was up, I took the time while waiting on a Fedora 28 Server install to happen over a long, slow VPN WAN link, to install a new Deepin 15.7 remote access server.  I’ve discovered that Deepin’s unique DDE (Deepin Desktop Environment) is one of the absolute best in handling remote graphical needs.  For us, that means ScreenConnect.  Most Linux desktops either limp along like XFCE or Cinnamon with ScreenConnect, or outright fail like Gnome 3.  But DDE takes it in stride and works wonderfully.  So I am starting to roll Deepin out in more places.  Deepin is based on Debian, but with a ton of unique stuff.  It’s one of, if my not singular, favourite Linux desktop system.  It is just really impressive.

The remote server install failed on me before I was able to go to bed.  But I did not have the energy to set it all up to try again.  Going to tackle the next attempt first thing in the morning.  The Deepin install, however, was successful.