I am still quite tired today as it has been a long and stressful week already. I slept in just a tiny bit this morning and that helped some. 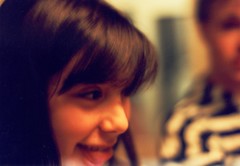 I have managed to get several dozen more images posted onto the SGL Flickr site. It is truly amazing how many pictures I have.  This is a pic of Mary Johnston from Art and Danielle Ralston’s wedding in February, 1994.  The wedding party (there was a reception for the immediate family following the wedding but the “friends” party was later) was held at Eric Millen’s house in Warsaw, New York.  You can see Eric sort of in the background here.

This morning I weighed in and for the first time I now weigh less than I did in June, 2001 when I first met Dominica at Phil and Kate’s wedding in Norwich, New York!  That is pretty exciting.

This morning at work was pretty hectic and stressful.  Lots of unknowns continuing.  Around eleven this morning there was finally an opportunity for the players to get together and figure out what is going on.  We didn’t exactly figure out what the final story is but at least we have a clearer picture and a path forward.  For the moment not much is changing but we will start to see some changes in about two weeks.  Stay tuned!  (Don’t actually bother to stay tuned as it isn’t very exciting. Ha ha.)

We had to take Dominica’s car into the shop today as it has been having problems with it’s Service Engine Soon light.  We were unable to get it inspected last weekend because of the light which is supposed to only be an indicator for the gas cap (it is not the Check Engine light which is located directly next to it.)  So the 330 spent the day at Essex BMW in Newark.  They discovered a bad oxygen sensor which should fix the light and should also fix the power issues that the engine has been having at very specific speeds and loads.