I had to be up at three again this morning. I am starting to be rather tired and getting up is tough but people really needed me to work this morning so there wasn’t any extra napping for me even though it is a Friday. 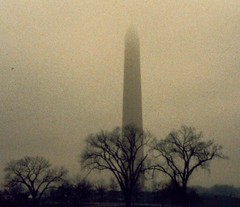 This mornnig Sheep Guarding Llama’s datacenter in Scranton had electrical maintenance done and the site was unavailable from 7:30 until about 11:20.

I worked all morning and babysat Oreo. I was home with him until around eleven and then I drove into the office. My office is being relocated today and I wanted to be in the office during the move to make sure that things went smoothly.

I managed to get in just before noon with just ten minutes to go before my workstation had to be powered down and packed up. It was quite a rush as I needed to log in and do some work and pack a few things before the last moment arrived.

Once the packing was done there really wasn’t anything to do. There was some “hotel” space so that a little work could be done but all of that was in use for emergencies so I just used my BlackBerry and Treo to keep up with what was going on and relaxed for a little bit waiting for lunch. Luckily having my Treo meant that I could surf the web, check my email and log into the admin server in Scranton to check up on the progress of the electric so I knew that things were coming back online.

Everyone at work was quite busy so I took the opportunity of having nothing at all to do and ran down to Beach Camera on Route 22 and bought myself a Nikon SpeedLight SB600 flash for my Nikon D50 dSLR. I have never owned a really nice flash before so I am really looking forward to trying it out. This is a really awesome flash unit and Beach had it for a really great price so I am extra happy. It was a big purchase but I have been working really hard this week and feel that I earned it.

I got back to the office just in time to be caught in a fire drill. (Everyone says that it was a real fire but the “drill” people were there making sure that people didn’t leave and they wouldn’t have been there all set up for a drill had it been a real fire.) It was very hot out today so I started sweating as I stood outside in the muggy heat. Since there was so much going on at the office (so much being a relative term as the real issue was lack of workstations) we decided to order in and eat at work. Lunch arrived during the drill so we had to walk across campus to another building (now I am really warm) and ate there.

Once lunch was done we walked back and got our cars and drove over to the new office building to check out the progress as it had now been a few hours and our workstations were expected to be back on any minute. I arrived just in time to be approaching the office door when that office had a fire drill! So more standing outside sweating.

We finally got up to our offices but apparently the moving crew had gotten caught by both fire drills and nothing was even close to being ready for us.  I was totally exhausted by this point between the long days, the early mornings and the hours outside in the heat.  I was ready to drop.  There wasn’t going to be a workstation set up for me until after the end of the day so I left for home around three thirty – which was over twelve hours into my day as it was.

I got home to my lonely apartment.  Dominica and Oreo had left around three and it was now four thirty.  Min won’t be back for over a week!  I was tired but not ready for bed yet.  I watched a little Full House and made myself some pistachio pudding.  I have discovered that now that I am an adult I actually like pudding (yes plain old Jello instant pudding) more now than I did as a kid.

I had to run out to meet Jeffrey tonight to help out with something.  On the way back I decided to stop at Food for Life and grab a sandwich (Tuna BLT Wrap.)  Before I could make it the fifty feet from the door of FFL to my front door TWO people managed to grab me and it took me a good thirty to forty minutes to finally make it home.  This is one thing that I hate about living in Newark – there are just so many people looking to talk to me or need me to do something that are always waiting just outside the doors of the apartment that I can never walk anywhere.  I literally order in food half of the time just because I don’t want to put up with the hassle of stepping outside.  People really don’t think about the fact that I have other things in my life that I have to do – like work, sleep or see my family.

I finally got back home and got to eat my now soggy wrap.  After eating I went back to reading “Harry Potter and the Deathly Hallows.”  I read until after two in the morning and made it over five hundred pages through the book.  I hope to finish it tomorrow so that I can discuss the book with Dominica.  She has been waiting for someone to finish reading it as she is just dying to talk about it.