Finally, it’s the weekend! Now begins my lonely week alone. Dominica and Oreo are gone so I am alone in the apartment. I don’t know if I have spent a single night alone since I lived alone in North Brunswick over a year ago. I don’t think that I have ever been alone here in Newark. I would be home alone all week but my plan is to drive up to dad’s tomorrow and to work out of his house Monday through Wednesday and only be in Newark by myself on Thursday and Friday. Dominica should be home on Saturday. 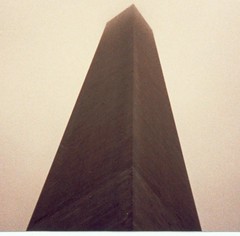 After having gone to bed so late last night I slept until noon today. My schedule is all messed up after this week and it is going to take some work to get it back towards something normal. I think, although I am not sure, that I lost of day of sleep in there somewhere although I seem to think that I have still gone to bed each night and gotten up each morning – but it doesn’t quite feel that way.

One of my goals today is to not even leave the apartment – at all.  I spent the afternoon watching Full House Season Four and I ordered in Chinese from Golden City although their last delivery of bean curd was spoiled and they have none so I just ordered sauteed snow peas which isn’t exactly the same when you are hoping for serious protein but what could I do?

Andy called and we ended up talking for five hours.  They killed the late afternoon and evening hours.  After we were off of the phone it was about time for me to move on to “Harry Potter and the Deathly Hallows”.  I was up to around page four hundred last night when I finished reading so that puts me just over halfway through the book at this point.  My goal is to finish the book tonight so that Dominica and I can talk about it tomorrow as I don’t think that anyone down in North Carolina will have finished reading it until tomorrow or the day after.

I ended up reading until five in the morning but I did finally finish the book.  At four in the morning I was emailing back and forth with the Surfing IT Wizard – he finished HP7 yesterday.  In between everything else I manage to geotag hundreds more images on Flickr.  What a huge job that is.  I am way over one thousand geotagged images now.

I got to bed at just before six in the morning.  I am hoping to be awake around ten so that I can pack and get on the road up to Peoria to see dad.