Congratulations to Jeff and Danielle Simpson who, on December 26th, welcomed the newest member of their family: Justin Reid Simpson. Everyone is home and doing fine. 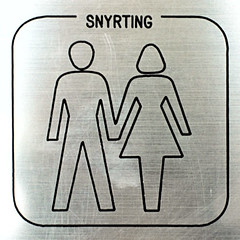 While I am busy cleaning out my email, here is Tony West’s New Blog.

Oreo stayed in bed for a solid twelve hours. Just as he was leaving daycare yesterday he played with Lana, the little Jack Russell Terrier puppy there and she really wears him out. He isn’t young anymore. So whenever that happens he sleeps extra but this was a whole new level of sleeping even for him. He was definitely ready for breakfast when Dominica called him in to the kitchen this morning.

For the second day in a row they forgot to get Dominica her car. It was so cold today that she and Oreo returned to the apartment to get him more bundling to keep him warm. It is 16° F today with high winds bring the wind chill a bit below 0°. This is how I think of winter in the northeast.

My walk to the train station was bitter cold. I grabbed a hot sandwich at Airlie on the way in and that kept me warm a little. When I got to the PATH station I discovered that the trains were having a track issue down in Jersey City and that they were not running at this time. The PATH platform was completely packed with people who had apparently been waiting quite some time for the train. There were so many people that people were waiting on the outside of the turnstiles to await the train.

It took me an extra hour to get into the office. The train was packed with people like sardines. It was awful. And we kept getting stuck at different stations. It was not a pleasant ride into work today.

I came across a great site for the history of the Genesee and Wyoming Railroad which operates between Retsof and Caledonia, New York. In the past few years they have branched out and now serve as far south as Hampton Corners, NY where the new salt mine shafts are located.

For my readers who are from “back home” in Western, New York there has been a lot of interest over the last several years wondering what would become of the giant Foster-Wheeler facility in Dansville, NY. FW was the major employer in the region and the plant takes up a significant amount of the village land area. There has been much concern over the plant closing and what it would mean for the region. Today I stumbled upon American Motive Power who purchased the plant, renovated it and now uses it for rebuilding railroad locomotives. That is the perfect business for that area. I am really happy to see the facility being put to good use.

I discovered today that the Rochester area has the New York Museum of Transportation. I had no idea that this was in Rochester. I would have gone at some point had I known that. The area also has the Rochester & Genesee Valley Railroad Museum. You only find these things after you move away. I also found a good article with good pictures of the abandoned Rochester Subway of the 1950s.

I stumbled across an amazing picture of a lake in the Faroe Islands that is 30 meters above sea level. This image is really stunning.

I went home and Dominica was cooking for Oreo when I got there. He hasn’t had home cooked food in a few weeks. During the holidays he went onto canned food as he was traveling so much. We are thinking that he is tired of his canned food as he skipped his dinner again tonight. Although it also could be that the cans of food are providing him with more food at breakfast and he just isn’t getting hungry at night like he does when we giving him the smaller, home-cooked portions.

I went down to the deli in the first floor of our building for dinner – grilled cheese and French fries.  We ate our dinners while watching some more of the eighth season of Full House.  Not much more of that show left.

Ryan stopped by for a little while to snag a piece of apple pie from the pie that Dominica baked yesterday.  Dominica thought that Ryan would be appalled by my idea of mounted a 52″ x 20″ Z Scale model railroad diorama on the wall by our bookshelf in the living room but Ryan agreed that it was a good idea and would be cool.  So Dominica lost out on that one 🙂

Early to bed and one more day then the weekend!