Well the first day of US election mania has come to a close. The Iowa results are in and, as far as I can tell, awfully depressing. Obama leads the serious Democratic race with Edwards in second and Clinton in third which seems impossible to my thinking. I guess that we will have to wait until after New Hampshire to have an idea of what the race is really going to look like. I find Obama to be a very unlikely candidate while Hillary seems an obvious choice for the Democratic party. Clearly she is the most likely to appeal to Republics and the most able to take away votes from a Republican candidate in an actual election. But I suppose that Republicans are probably just a lot more willing to have a woman president than the Democrats are. But we will see. 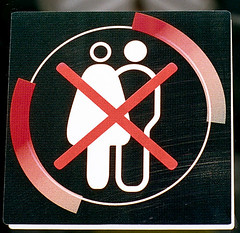 On the Republican front we have Huckabee winning in Iowa which seems even more improbable than Obama. I have had a hard time even thinking of Huckabee as a serious candidate let alone a front-runner. At least Guiliani made almost no showing at all. He and McCane have fallen to the bottom of my Republican pile. Ron Paul is the most interesting of the Republican candidates and he did okay in Iowa but “okay in Iowa” is a long way from the real race. There is a long road between now and then.

The weather is quite a bit warmer today. It is still cold but nothing like yesterday’s incredible chill. My walk in this morning was completely comfortable and I should not have brought along my hat, gloves and scarf as I was too warm by the time that I had reached Wall Street.

Today was slow, as expected, but it did pass by quite quickly. I left for home just minutes after five since there was nothing going on. I need to enjoy it while it lasts as we will be very busy come Monday morning. I already have an early deployment scheduled for first thing in the morning.

Dominica made arrangements for “the gang” to go out to Food for Life for dinner tonight. We are planning on dinner at a quarter after seven.

It is too early to be really certain but we believe that we have sold the Mazda PR5. Hopefully we will have plans for getting rid of it finalized over the weekend. Dad will be extremely happy to have all of that space back in the barn. Now we will only be storing one car instead of two. And just the smallest one. Dominica will also be happy to be driving the BMW full time.

Dominica and I are actually going to be spending the weekend at home for a change. Too much traveling recently. Time to just stay in and relax a little bit.

I met someone who just moved into our building here in Newark today who said that when they were looking for apartments that they had come across my video tour of my apartment at Eleven80. I am in the video and he recognized me in the lobby today. I need to do a new tour of the building using the new camera, better editing and cover more of the building like the lounge and the bowling alley.

I am posting early tonight so that I can get a nice relaxing evening in.