I got up quite early this morning, just after six.  There was a lot to do and I wanted to be well prepared for the day.  Paul was awake when I got up, but was not feeling well and he went back to bed and slept most of the morning.  I was productive and prepped well for the day and got several projects moving along before my early morning meeting at nine.

Dominica and Paul did a huge shopping run today.  First to Cosco where they got a truck load of groceries (the house is totally depleted after two weeks without a grocery run other than the little one that the girls and I did over the weekend) and they found an air fryer on sale.  I have wanted an air fryer for a while and this one looks to be really nice.

Then they went out to WinCo and did another full grocery run there.  There is plenty of food in the house, now!  It’s not just stocked, it’s full.

Dominica brought home sushi for lunch, which was tasty.  Liesl really enjoyed hers.  Luciana had a little, but I got most of hers.

I had to do a lot of Hyper-V 2016 management today in a system that was not working correctly and had no GUI, which is a great way to be forced to figure out ways to use PowerShell for absolutely everything.  Even the simplest tasks to typically handle via a remote workstation had to be done from local PowerShell which was actually a challenge, but made it all kind of fun.

My day was really just a rather long one.  I had to work continuously until seven thirty.  So very little to say about my day.  Sitting in my office, on the phone for probably four hours in total!

Dinner tonight was the amazing maple glazed salmon, with green beans, and potato wedges from the new air fryer.  I tried one.  Potato wedges are not that much of a thing for me even at the best of times.  These were still from the learning stages of using the new fryer so not enough to entice me, really. 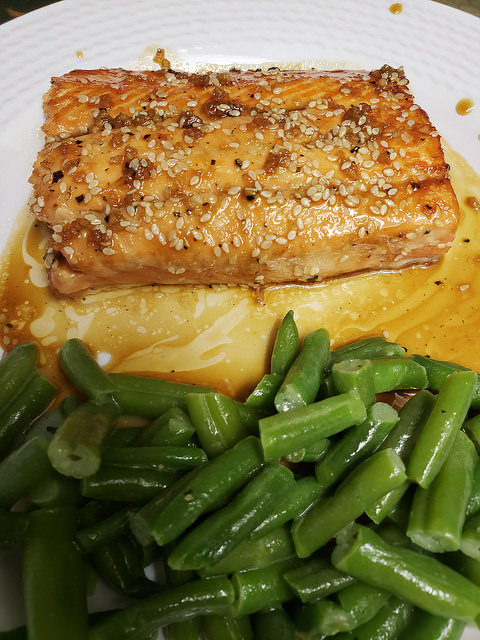 While having dinner we made it through an episode of Star Trek: Voyager.  Then Dominica wanted Sonic ice cream and they made a run to pick some up for everyone while I squeezed in another half an hour of work.  Then it was ice cream (I broke down and had some, Sonic does such a great job) and we watched a second episode during which I cooked the girls their second dinner of mac and cheese.

Paul and Dominica are feeling the shame of me having been dieting for the last two months on my own and supposedly they will be starting diets next week, as well.  I will believe it when I see it.

After the mac and cheese was finished, Luciana wanted me to read her the sixth chapter of Harry Potter and the Chamber of Secrets while she took a shower in the new shower.

Liesl spent the entire evening playing Roblox in the living room, so we saw very little of her.

The plan is that the girls will be getting together with Isabella tomorrow, but I do not know any details about that, yet.

Tried to get the girls into bed at a reasonable time tonight so that we could relax and do our reading and our DuoLingo.  Liesl has been working really hard at maintaining her DuoLingo streak.  It’s a good incentive for her.  We only have her set up to need to acquire ten points per day to keep it going; that is the lowest number.  Mine is at the highest, which is fifty, but I am striving for at least three hundred as a daily minimum goal if I can help it.

I had to build one Windows 2016 Server and one Deepin 15.7 server before calling it a night.  Always “one last task” to squeeze in before bed.